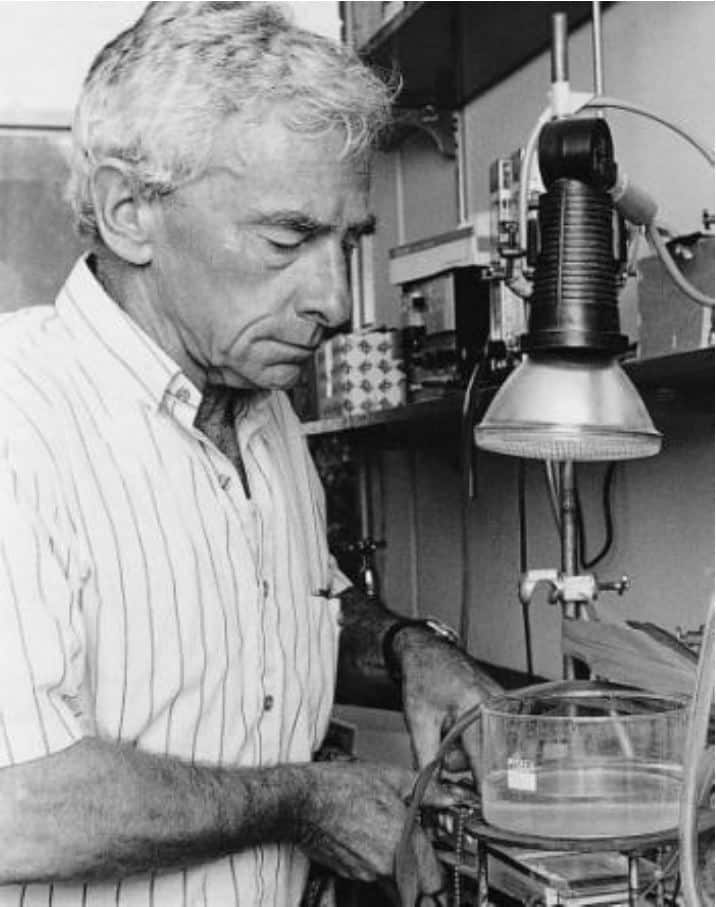 ‘I can’t believe my luck. It would be nice to say that in my formative years I excelled academically and wondered incessantly about how living organisms worked. Instead, the truth is that I was a very ordinary student and thought little about biology other than having some curiosity about girls. In primary school in Perth I never did better than twelfth in the class and there were comments on my report cards such as ‘behaviour not as good as geography,’ which I didn’t do especially well at, but happened to enjoy!’ MARSHALL HATCH, MEMOIRS, 1992.

Marshall Hatch entered Wesley College into Hardey House at thirteen years of age. He received a First Class Pass in 1946 for studying English, German, Geography, Maths A and B, Chemistry, Physics and Biology. The family moved to Sydney after only one year at Wesley College, but Marshall recalls that it was the first time he was exposed to a science-based set of subjects and the first time he applied himself to serious study.

He finished schooling at Newington College, NSW and enrolled in science at the University of Sydney.

Degree complete, Marshall went on to become a biochemist and plant physiologist at CSIRO in Sydney and was awarded a Fulbright Fellowship to the University of California, Davis. In his memoirs he recalls, ‘I was taught a great deal, including the value of perseverance in research and the reward of staying with one research field and following it right through; both lessons of great value later.’

Marshall has gained national and international recognition for his ground breaking
research in plant biochemistry, winning the International Prize for Biology in 1991 and being appointed a Member of the Order of Australia for public service in the field of plant metabolism in 1981. In 2001, Marshall was presented with the Centenary Medal for service to Australian society and science in biochemistry and physiology