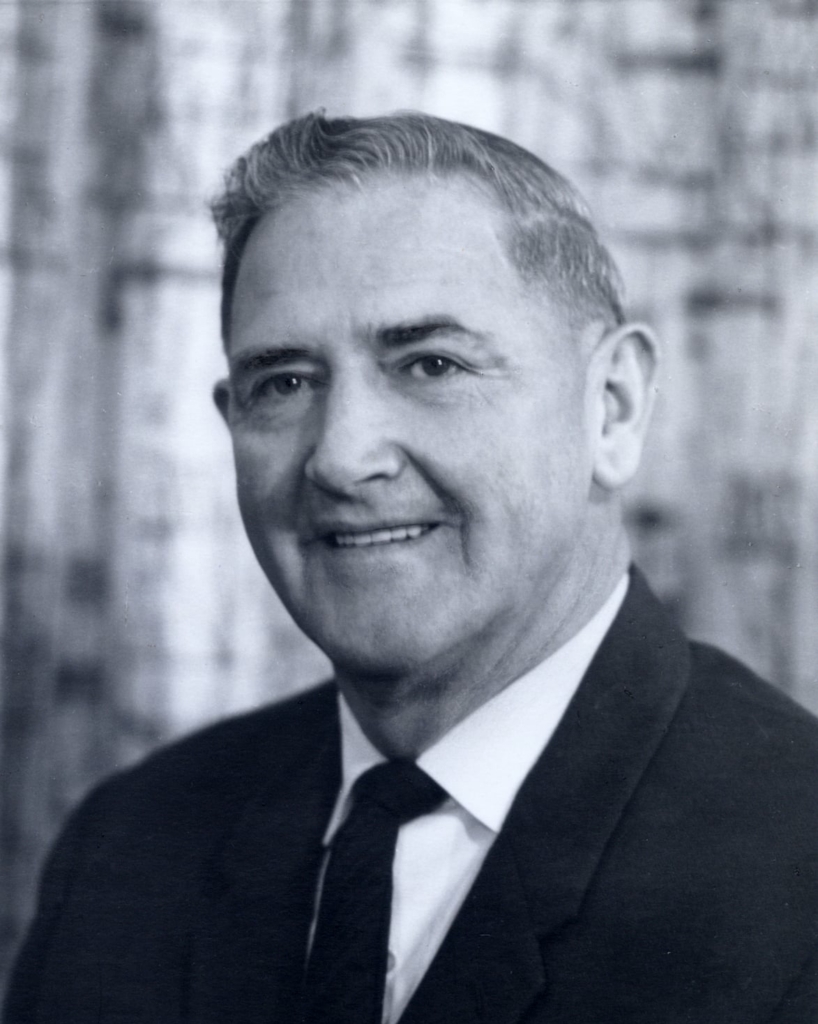 ‘His career was highlighted by consistency, stability and commitment.’ – THE WEST AUSTRALIAN NEWSPAPER, 13 DECEMBER 1994.

Crawford David Nalder was born in Katanning in 1910, the eldest of five children to Harry and Jessie Nalder, farmers from Wagin. In 1924, aged fourteen, he attended Wesley College as a boarder and received Colours for football, leaving at the end of 1925 to return to the family farm.

Crawford was the first of four generations of his family to be educated at Wesley, including brother Alex, his son Cambell, son-in-law Ivan Halbert and Crawford’s nephews. Grandsons Peter, Dean and Grant Nalder and Donald Halbert also attended, followed by great grandsons Cambell (junior) and Christopher Nalder.

At Wesley, Crawford heard a visiting politician speak, which inspired him to enter politics and so became the first of three generations of the Nalder family elected into the Western Australian Parliament.His son Cambell followed, serving in the Legislative Assembly as a National Party member for Narrogin from 1986 until his untimely death in 1987. His grandson Dean has been the Liberal member for Alfred Cove, then Bateman, since 2013.

Crawford married Olive Irvin in 1934 and established a farm in Wagin that included studs of cattle, pigs, and Suffolk and Merino sheep. Olive and Crawford had three children, Maxine, Cambell and Dawn.

A man of strong Christian faith, Crawford was a lay preacher in the Methodist Church from 1932. He enjoyed music, especially choral work, and sang in a quartet. He served as patron of the WA and Commonwealth Pig Associations, Suffolk Breeders Association and WA Orchid Society. A keen gardener, he was also a member of the Chrysanthemum, Dahlia and Hippeastrum Societies. Crawford was also involved with both the Wagin Agricultural Society and the Royal Agricultural Society of WA.

Crawford’s career in politics and community was long and varied: