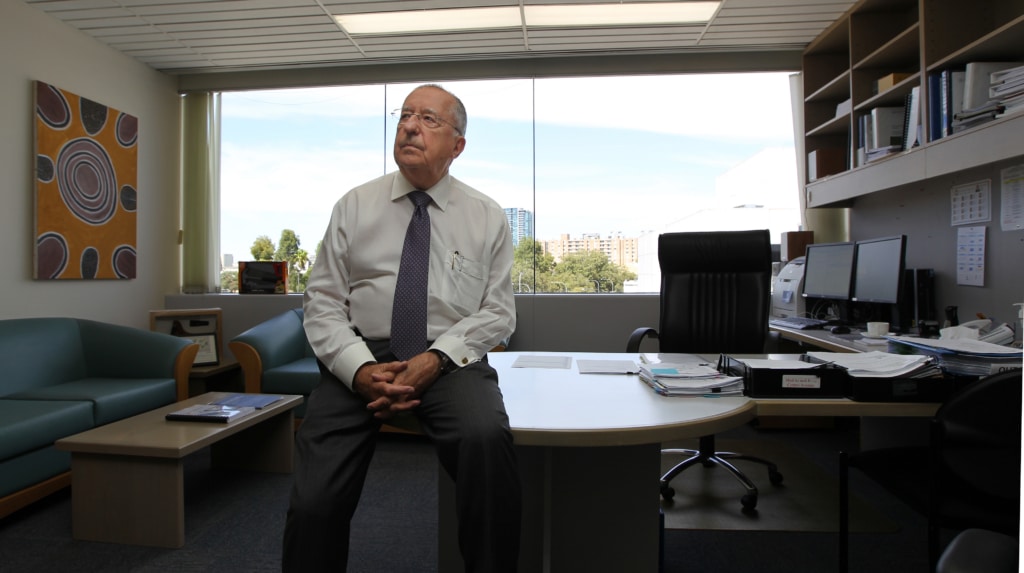 ‘I think I just became interested in the brain and that was that. I found medicine, particularly neurosurgery, fascinating. Over the years, you’re trained to observe, and one of the things about me is that I’m always inquisitive about things.’  – THE WEST AUSTRALIAN NEWSPAPER, 24 AUGUST 2013.

At Wesley College Bryant Stokes was in Walton House. He was College Captain in 1953 and loved to played hockey. He decided at age sixteen to become a neurosurgeon.

He studied medicine and surgery at the University of Western Australia (UWA), graduating with distinction in 1959, and started work at Royal Perth Hospital (RPH) as a Resident Medical Officer and then Casualty Registrar. An astounding career followed.

Bryant served as Chief Medical Officer and then Commissioner of Health at the WA Department of Health during a time of structural reform in the health system. Professor Mike Daube, Professor of Health Policy at Curtin University, described him as a brilliant choice and one of the WA’s greatest health leaders:

‘He has quite remarkable intellect but understands the entire health system, knows every inch of the state, and I’ve never known anyone in any health system who commands such universal respect.’

Associate in Neurosurgery (RPH and PMH)

Chairman – Medical Advisory Committee and Member of Board of Management (RPH)

Chairman WA Council for Safety and Quality in Healthcare

In 2001, Bryant was appointed a Member of the Order of Australia for his service to medicine, particularly in the field of neurosurgery, to the development and improvement of health standards in Australia, and to medical administration.