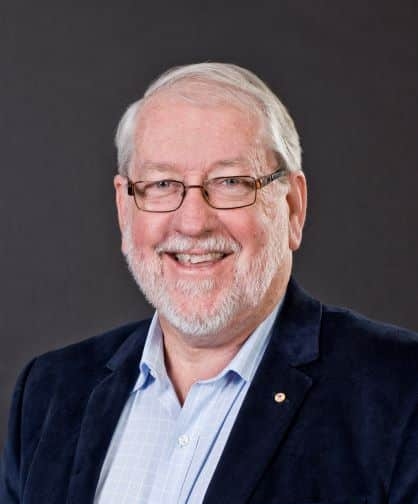 ‘I remember my time at Wesley with great fondness and joy. I have kept up with many of my classmates and many are still good friends. Sport was very important to me. I remember Headmaster Clive Hamer’s focus on the For Others Fund and I door knocked for various charities as part of that—a portent of things to come!’

Ian Carter started at Wesley College as a boarder at age fifteen. He joined Hardey House, was Vice-Captain of the Hockey 1stXI and Editor of the The Western Wyvern. In 1972, he won the Western Wyvern Prize and Under 16 Hockey Trophy.

Ian studied at the Western Australian Institute of Technology (WAIT), completing a Bachelor of Arts in Social Sciences in 1976, followed by a Diploma of Education from the University of Western Australia in 1977. He worked as a teacher, youth worker and education officer in a high school, and held management positions in the state public service.

For over two decades, Ian has been the Chief Executive Officer of Anglicare WA. He uses his passion for community capacity building and social justice to great effect, creating and governing community organisations at local, national and international levels. Ian believes that the mark of a community is how it looks after the vulnerable and he has strived to do his part to contribute to community service with this in mind.