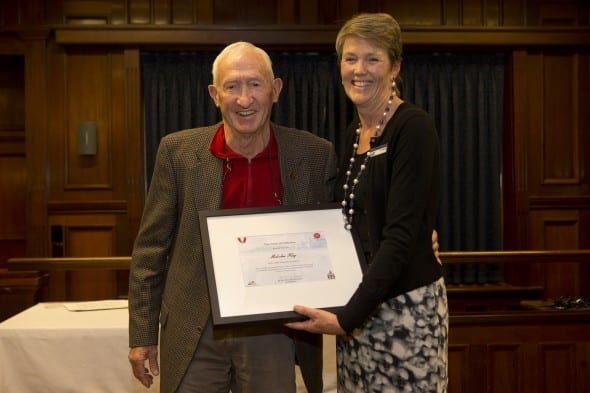 ‘I had a passion for tall ships and doing the unusual, and you make the time for the things you’re really passionate about.’

Malcolm Hay boarded at Wesley College from thirteen years of age. He was a Prefect, Vice-Captain of Walton House and very involved in sport. He was Sports Committee Member, Vice-Captain Athletics Committee, Vice-Captain Rowing, Vice-Captain Swimming and Life Saving and Rugby Team Member. He won a Citizenship Prize and Colours for Athletics and Lifesaving.

Afterwards, Malcolm studied at the University of Western Australia and completed a Bachelor of Medicine and Bachelor of Surgery, and became a Fellow of the Royal Australasian College of Surgeons. He has worked on the Antarctic base as a doctor and as specialist orthopaedic surgeon.

What is unique about Malcolm is his sense of adventure and understanding of how the challenge of a sea voyage or new adventure can bring out the best in people. Malcolm raised $3.5 million to develop the Leeuwin Foundation and Voyage Program for young Australians. In 1986, the Leeuwin embarked on its first voyage and since then has carried over 18,000 people.

In 1992, Malcolm received the Medal of the Order of Australia as recognition of his services to youth programs, particularly through the Leeuwin Foundations’ experiential learning and leadership programs.