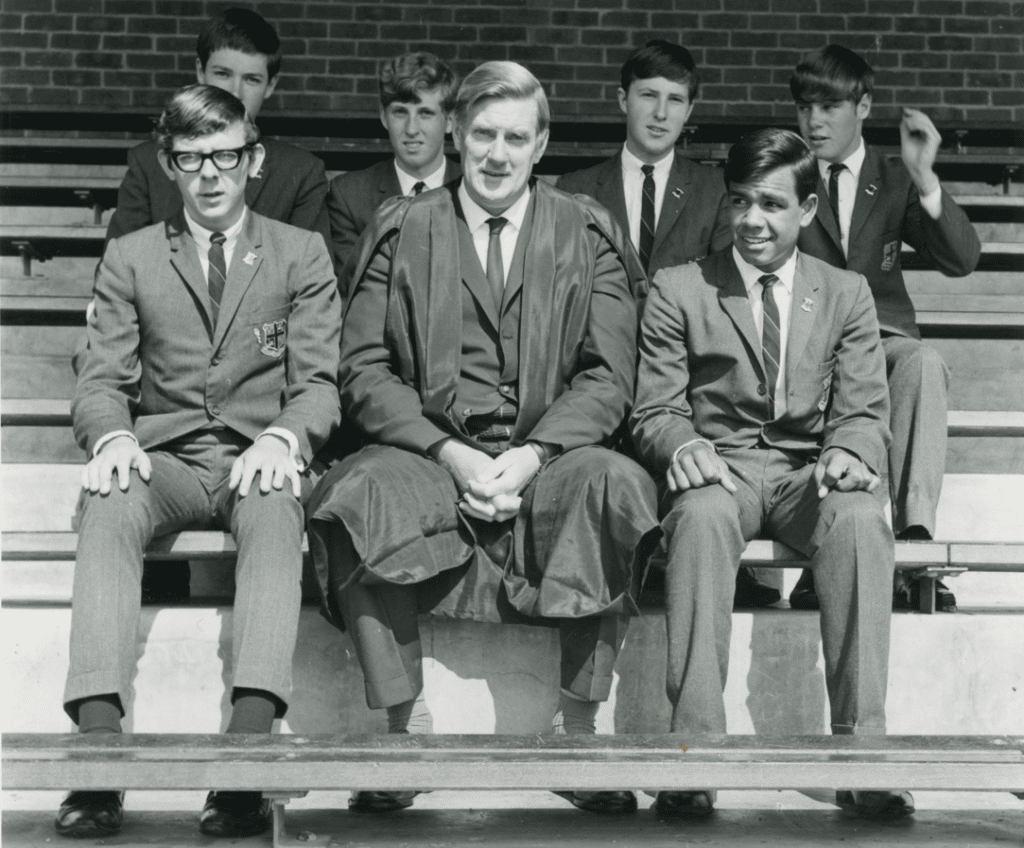 ‘My time at Wesley College helped me develop extraordinary friendships that have remained until this day. Being an Aboriginal or not made no difference.’ DEAN COLLARD, 2018.

Dean Collard, a Noongar man, remembers his early years growing up on a farm in Wagin, surrounded by a large extended family, as extraordinarily happy.

In 1965, he commenced his education at Wesley College as a boarder and was in Mofflin House. An avid sportsman, he played cricket, athletics, swimming and football. Dean was also a Sub-Prefect in 1967 and was considered by Clive Hamer, the Headmaster at the time, as; ‘a conscientious, industrious student and a well-respected citizen of the school.’

Clive Hamer was a big influence and mentor to Dean while at school and later connected with him professionally at a time when Clive was the archivist for the Uniting Church.

A long-time Aboriginal advocate, Dean worked for the State Government as the Coordinator for Aboriginal Accommodation Services for seven years and then was appointed as the Director

of Manguri (formerly Sister Kate’s) in 1987. Manguri provided accommodation for Aboriginal children and young people on the former Sister Kate’s Children’s Home site in Queens Park and in cottages in the Perth metropolitan area.

In the late 1990s, Dean and colleague Barbara Henry established the Indigenous Family Program in Perth. It provided services to the most disadvantaged urban Aboriginal families who needed multiple welfare services including housing, family support, disability, child protection and justice. The holistic program, run by Noongars for Noongars, was considered to be one of the most effective programs in the state developed for Aboriginal people.

Dean has also been involved in many discussions and strategic community planning groups, such as the Closing the Gap strategic forum, Coalition of Aboriginal Agencies and a Social, Emotional and Wellbeing study into the Indigenous community with Professor David Higgins at UWA.