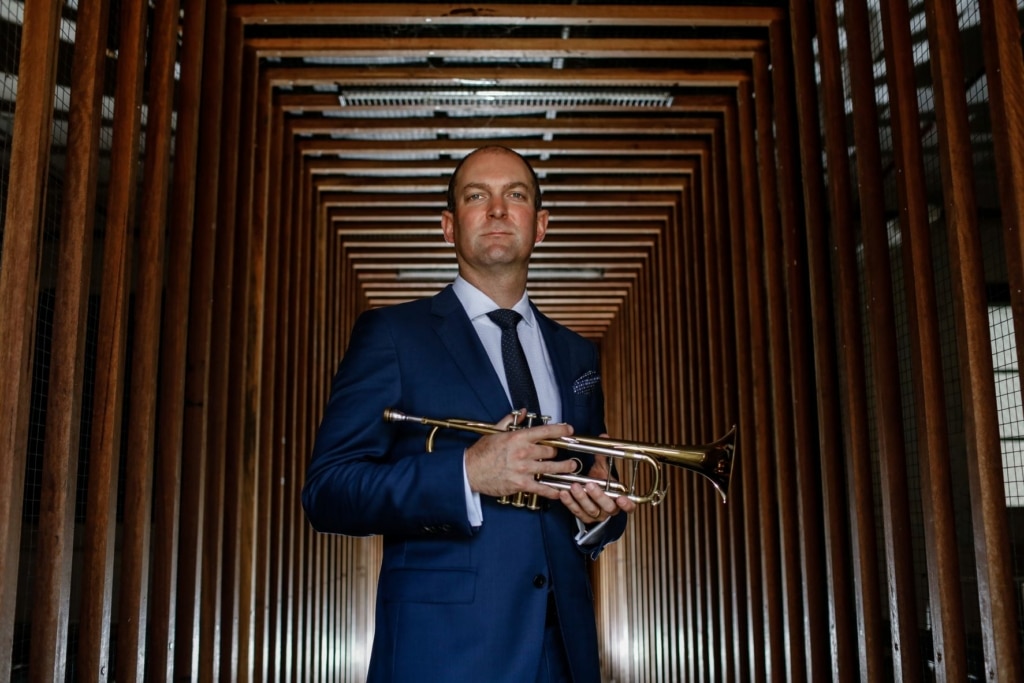 Mat Jodrell began playing the trumpet at ten years of age. At Wesley College he was in Grove House and played lead trumpet in the concert band and jazz orchestra.

His talents were quickly recognised and he was accepted into the Bachelor of Music program at the Western Australian Academy of Performing Arts and won the Bob Wylie Scholarship for best graduating student.

His rise to prominence happened quickly, playing at Carnegie Hall at sixteen years of age. His accolades include the NFAA Clifford Brown/Stan Getz Fellowship (five finalists chosen worldwide), the Young Australian of the Year Award for Western Australia and the James Morrison Scholarship for most outstanding young Australian jazz instrumentalist before turning eighteen years of age.

Mat completed his master’s degree and Artist Diploma at the prestigious Juilliard School of Music in New York and lectured in Small Ensemble and Principal Study. He also taught trumpet, piano, big band, jazz improvisation workshops and Small Ensemble masterclasses at numerous camps throughout the US, Central America, Brazil and Australia under the banner of the Juilliard School.

Between 2008 and 2012 Mat performed regularly in well-known jazz clubs, as well as touring to many of the largest jazz festivals and performing on Broadway with the show Hair.

Mat decided to move back to Australia to start an academy spearheaded by James Morrison in Mount Gambier, South Australia. It offers a three-year Bachelor of Music degree with an additional Honours year to follow. The academy offers aspiring musicians a place to work with some of the finest jazz educators in the world.