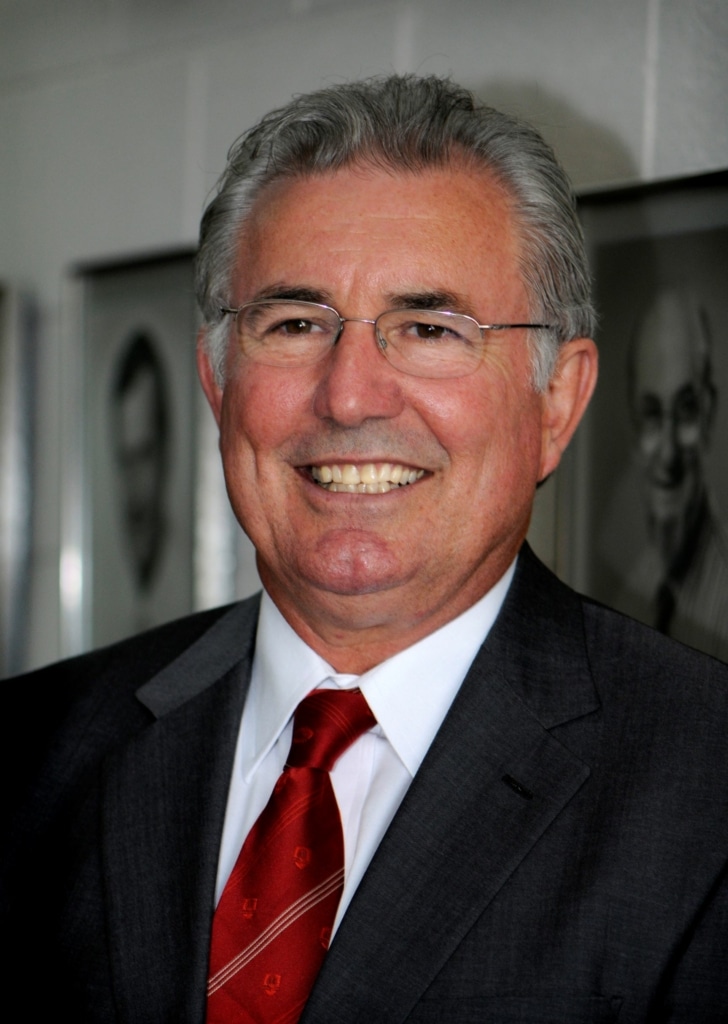 At one stage it looked like John Edwards’ natural calling was for hockey. He was outstanding as Captain for Wesley’s Hockey Team in 1966, the year he was also equal runner-up to Dux.

However, it was on rural fields, not sports fields, where John would find his true calling, becoming Chief Veterinary Officer for Western Australia from 1993–2001.

John’s considerable experience in training, research and consulting in the areas of animal health, public health, epidemiology, biosecurity, food security, food safety and veterinary education have made him a leading authority on vital global issues.

He was also at the forefront of resolving Southeast Asia’s issues with foot and mouth disease, relocating to Thailand for three years to be Regional Coordinator for the World Organisation for Animal Health (OIE).

More recently, John has devoted his life to training others as an Emeritus Professor at Murdoch University and former Dean of the School of Veterinary and Biomedical Sciences (2004–09). He was Co-Chair for the Second Murdoch Commission on Food Security, Trade and Partnerships during 2014–15. He has also been a member of statutory boards including the University Senate, the Veterinary Surgeons’ Board and the Perth Zoo Board.

Additionally, John has consulted with international organisations as Executive Director of One Health Solutions since 2010 and worked extensively in Asia. From 2012–15 he worked in China for the Food and Agriculture Organisation (FAO) as the Coordinator for the Emergency Centre for Transboundary Animal Diseases, where he was central to building national capacity to control zoonotic emerging infectious diseases including H7N9 influenza (bird flu).

Hockey has always been a big part of John’s life. He has played at state and national levels in Queensland and Western Australia. John also places considerable importance on balancing sporting, academic and community interests in life.

In 2018, John was awarded the prestigious Kesteven Medal by the Australian Veterinary Association in recognition of his distinguished contribution to international veterinary science in developing countries.