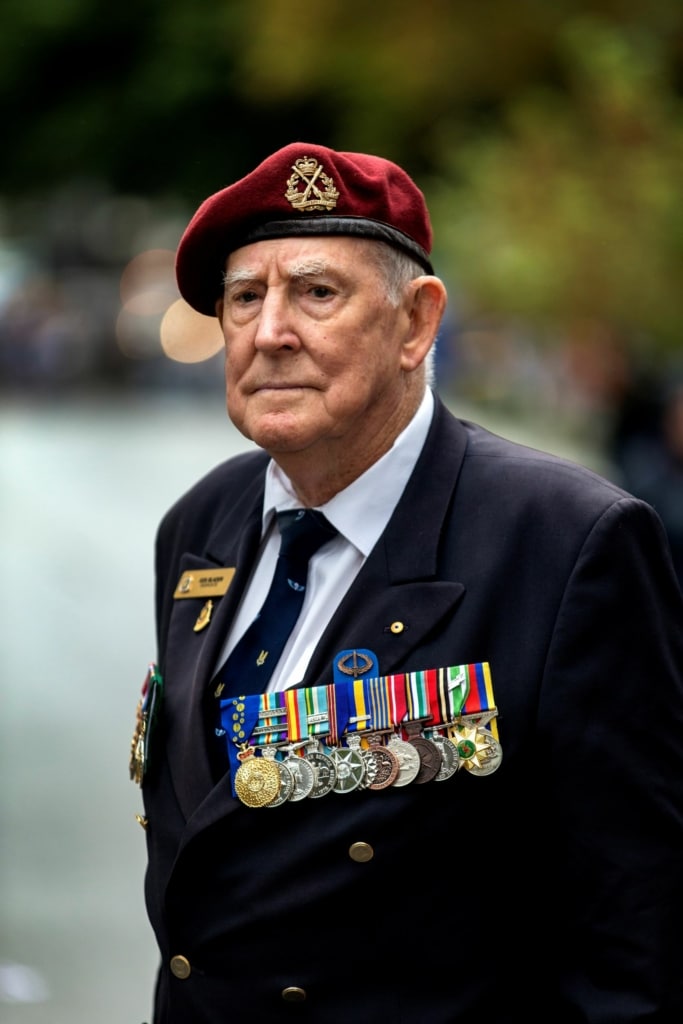 Lieutenant Colonel Kenneth Bladen entered Wesley at age 10 in 1945 into Mofflin House. He enjoyed swimming and was part of the College swimming team in 1948.

He left Wesley in 1949, selected to attend Army Officer Cadet School in Portsea, Victoria. By 1954 as a career Infantry Officer. For the next 21 years he served in various regimental, instructional and staff appointments.

As a junior officer he spent time in Malaysia in counter-terrorist operations as a platoon commander and as a foundation officer of the Special Air Services (SAS) in Perth.

Kenneth enjoyed being a Returned Services League (RSL) member since 1968 and was elected State President of the WA Branch in 1998. He received the Member of the Order of Australia for voluntary services to veterans and their families the Centenary Medal in 2003.