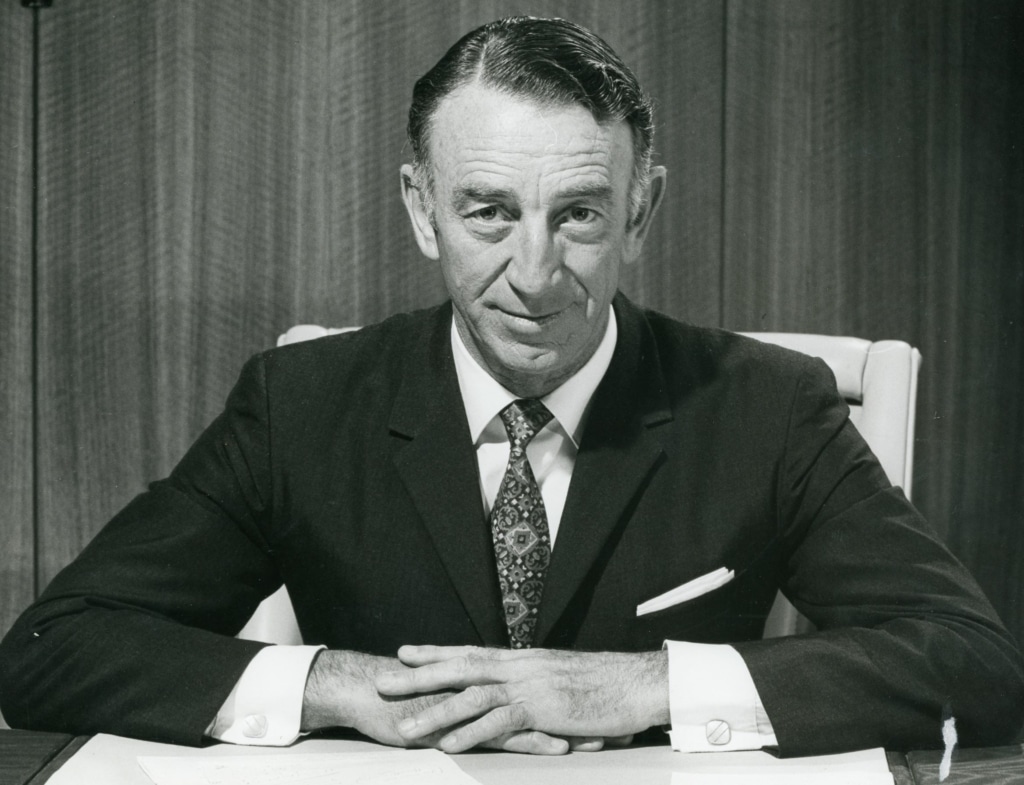 Ross Hutchinson came to Wesley in 1929 and immersed himself in the College’s sporting programs. A gifted sportsman, Ross received Colours for athletics, cricket, football and tennis in all of his final three years at Wesley. Captain of Walton House in his final year in 1933, Ross played Slazenger Cup tennis and was Vice-Captain of the Cricket 1st XI.

During his football career he played centre, half-back and half-forward. In his first two seasons he won the Lynn Medal as East Fremantle’s best and fairest player. He captain-coached the club to a premiership in 1937 as a half-back flanker. In 1939, he was captain-coach of the Western Australian interstate football team that took on Victoria.

After sitting out the 1939 season for being unable to obtain a clearance, Ross coached West Perth in 1941 and steered them to that year’s premiership.

During World War 1 he fought with the Royal Australian Air Force in Europe as a pilot and was awarded a Distinguished Flying Cross. He returned to coaching in 1946 following his war service, moving to South Fremantle in 1947 where he was captain-coach of their premiership team that year and kicked two goals in the Grand Final from the half-forward flank.

In 1948, he again coached the club to a premiership, but he had retired as a player and it was only in an off-field capacity. Ross continued as non-playing coach in 1949, his final season. South Fremantle finished in third position, the only time he failed to coach a WAFL club into the Grand Final.

In 1950, Ross successfully ran for the newly created seat of Cottesloe in the Western Australian Legislative Assembly, representing the Liberal and Country League. He held the seat until his retirement in 1977. After David Brand led the Liberals to victory in 1959, Ross was named Chief Secretary, Minister for Health and Minister for Fisheries.

Ross is one of only two people to have coached three separate WAFL clubs to premierships. During his football career Ross played over 127 games and coached 173 games. In 2004, Ross was inducted into the West Australian Football Hall of Fame. He was knighted in 1977 for services to Western Australia.