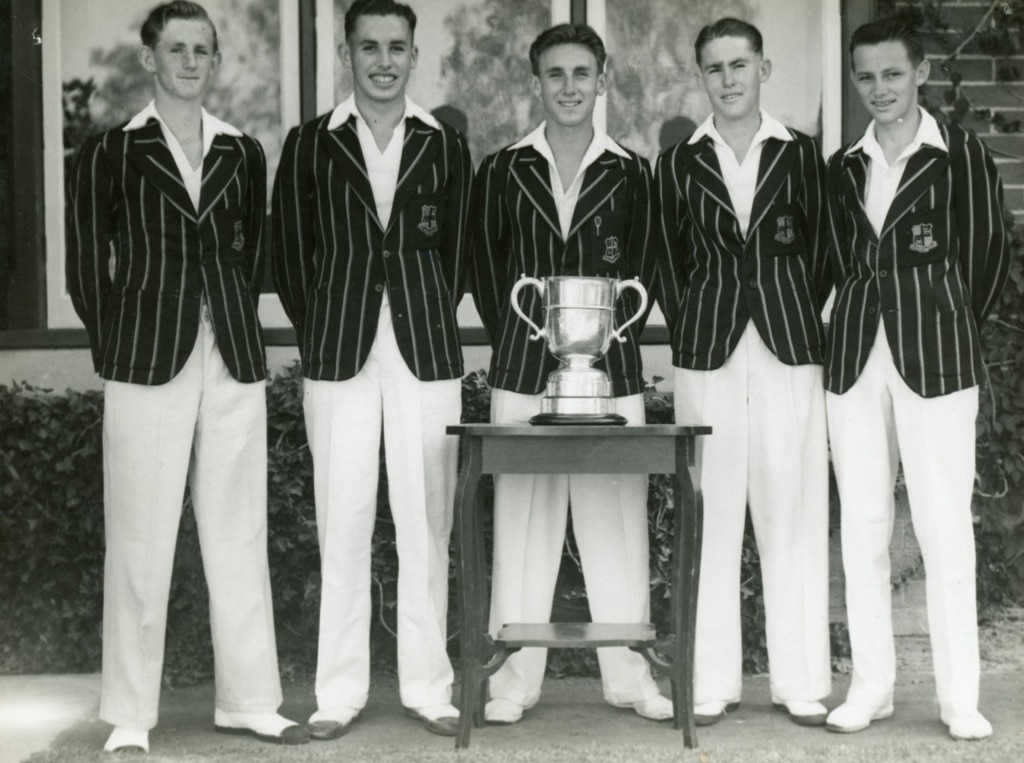 ‘My time at Wesley was superb. Wesley provided me with a sense of place, a set of values, an array of opportunities, both sporting and academic, a place to develop as a person and a place to make friends. This was all made possible by having some marvellous teachers, in addition, of course, to the influence of the Headmaster, Dr Rossiter. While at school, I did not appreciate the influence that my teachers would have on me throughout my career. I look back over those years, and I pay tribute to their patience, ability and wisdom. I take the liberty of especially mentioning the influence of my maths teacher, Wally Green. His influence went something like this: move outside your comfort zone, accept impossible tasks, maintain professional networks, and encourage the next generation.’ – BERNARD BOWEN’S PIONEER DAY SPEECH, 2017

Bernard Bowen entered Wesley at age ten as a boarder. He was a Prefect and was involved in sport, including being a member of the Slazenger Cup winning team for tennis. Bernard was Captain of Hardey House.

He completed a Bachelor of Science at the University of Western Australia in 1951, and went on to become a marine biologist working mainly in the western rock lobster industry. Then, for many years, he was the Executive Director of the WA Department of Fisheries and Wildlife, and became known as the ‘father’ of sustainable management of the rock lobster industry. Two of his science achievements while CEO of the Department were the establishment of a fisheries research institute and a wildlife research institute. Both institutes are now recognised internationally.

For five years Bernard was Chair of the WA Environmental Protection Authority (EPA), where he championed the need for sound science. After he retired from the EPA, and at the request of the WA Government, he established two collaborative research institutes involving governments and the relevant universities. They were the Western Australian Marine Science Institute (WAMSI) and the International Centre for Radio Astronomy Research (ICRAR). He was the Foundation Chair of the boards of both WAMSI and ICRAR. He also provided scientific advice to many of the state’s oil and gas companies.

Recognised as one of the nation’s outstanding science administrators, Bernard was appointed a Member of the Order of Australia in 1991, and was awarded an Australian Centenary Medal in 2003. He was the 2011 inductee into the Western Australian Science Hall of Fame, and received an Honorary Doctor of Letters from the University of Western Australia in 2016 for his contribution to science. Also, a minor planet in the solar system was named ‘Bernardbowen’ in his honour.