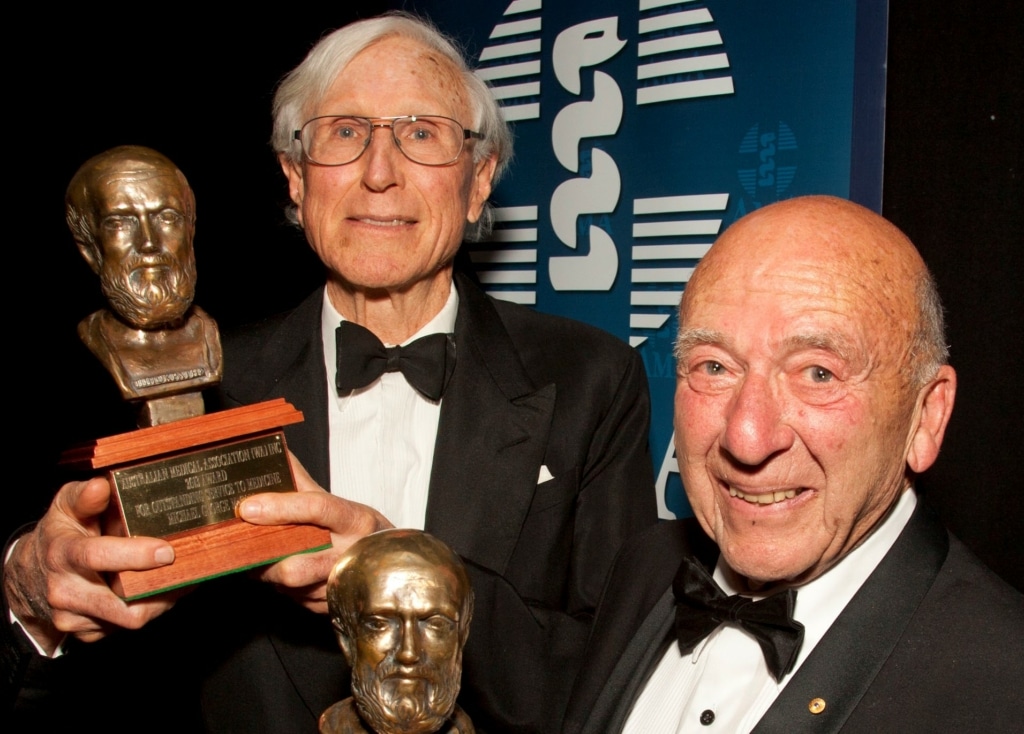 ‘I believe that medicine is the most privileged life one can have. It teaches one humility and deep respect for the potential humans have for meeting suffering. More than a priest or a lawyer, it is assumed that the physician has no vested interest other than the well-being and benefit of the patient.’

Professor Alexander Cohen was born in Perth in September 1926. At Wesley College, Alex was in Hardey House and was a House Official and Prefect. He was involved in Cadets and attained the rank of Sergeant.

He has served as a member of the University of Western Australia (UWA) Senate and Chairman of the Finance Committee and was Chancellor of the University from 1988-92. He also served as Director of Postgraduate Education at Sir Charles Gairdner Hospital and President of the Royal Australian College of Physicians from 1992–94 and Chairman of Committee of Presidents of Medical Colleges 1993–66. His service to The University and Medical Education was recognised in 2002 with the award of a Hon Doctorate of letters in 2002.

Professor Cohen was instrumental in setting up the Centre for Diabetes Research at UWA. The Alex Cohen Scholarship was established to honour his contributions and provide top-up scholarships to Australian Postgraduate Award (APA) students conducting research based around clinical, cause, complications or psychological aspects of any form of diabetes at the University of Western Australia.
His other achievements include: