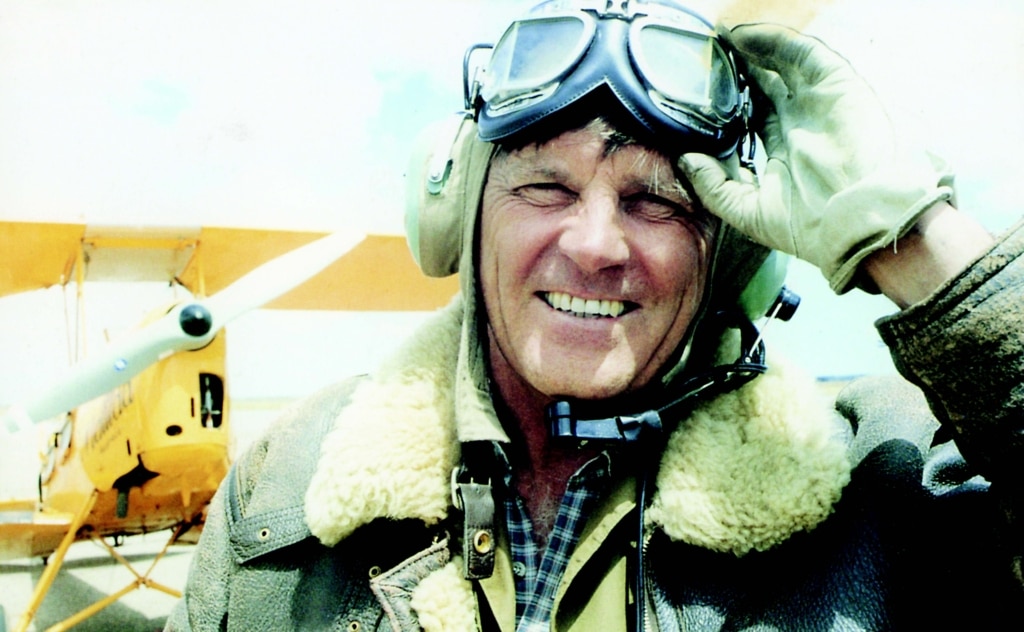 ‘I had three aims in undertaking the flight. I had done it to honour the memory of my father, to repay Legacy in a small way, and to experience the trials and tribulations and the sheer thrill of flying the same route, and in the same manner, as Australia’s magnificent aviation pioneers. I achieved all three.’ BRIAN EDWARDS, THE MATILDA MISSION, 1990.

Brian Edwards was a physiotherapist and amateur pilot with a taste for adventure. In the spirit of great Australian aviation pioneers, Brian flew his 1943 Tiger Moth, ‘Matilda’, solo from London to Perth in 1990.

After leaving Wesley College in 1959 he obtained a Science degree from the University of Western Australia and later a degree in Applied Science from Curtin University. He was a Fellow of the Australian College of Physiotherapists. His solo aviation flight from England to Perth set out to honour the memory of his late father, Clifford, who went missing in action in World War II, and to raise money for the charity Legacy.

On March 1990, after fifteen years of planning, Brian left Binbrook Airfield in England bound for Australia. On the first day, he had to make a forced landing due to a snapped crankshaft. He later said, ‘A momentary feeling of being in a dream—a nightmare—came over me. This couldn’t be happening. It was my first day. I could see the Channel. I was on my way to France, the beginning of my adventure. Reality hit me. This was no dream—the dropping air speed indicator told me it was all too real.’

Brian survived the forced landing and continued on his 20,000km flight to finally arrive at Langley Park in Perth on 13 May 1990.

In 1992, Brian was awarded a Medal of the Order of Australia for services to Legacy and physiotherapy.

Brian passed away in 2003 from leukaemia, but his memory and the dream he achieved lives on. You can still see his beloved Tiger Moth, Matilda, in the hangar at the family vineyard, Edwards Wines, in Cowaramup.