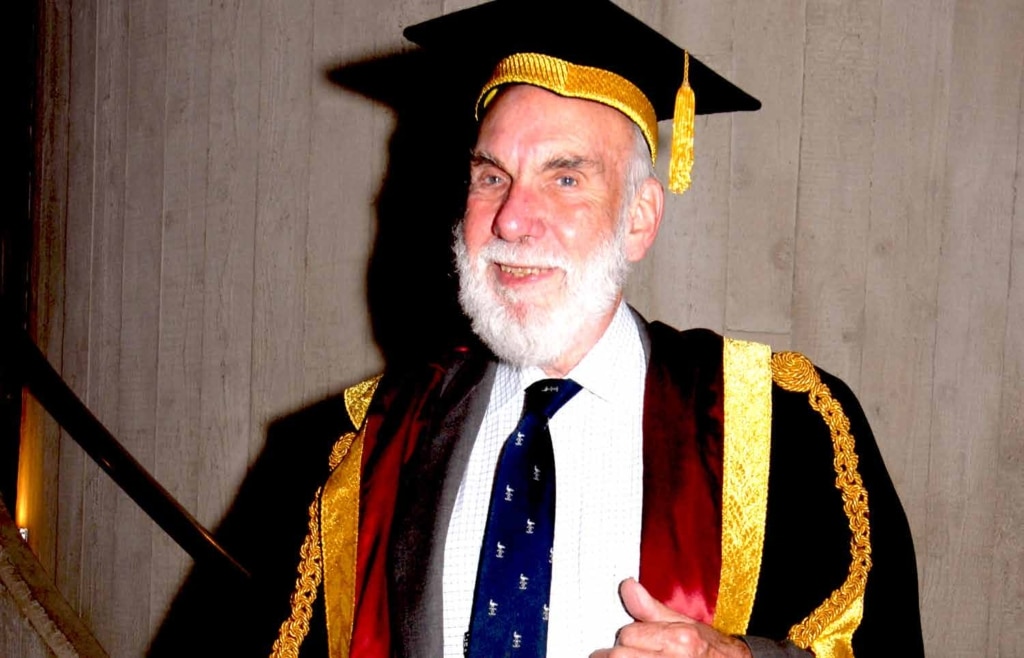 ‘For more than 50 years, Geoffrey Bolton was one of the nation’s most eminent historians. His scope was international as well as local and, certainly, he was Western Australia’s preeminent historian. Through his impeccable scholarship, inspired teaching, persuasive oratory, mentoring and quiet diplomacy he influenced the practice of history and illuminated for many the complexity of historical events. In much of his work, he rendered history as the experience of ordinary people, his approach often from the bottom up rather than the top down.’  DAVID HOUGH IN ENCORE: OBITUARIES OF 50 WEST AUSTRALIANS, 2016.

Born in North Perth in 1931, Geoffrey Bolton was one of Australia’s most distinguished historians and authors. Geoffrey arrived at Wesley College in 1943 after being awarded the Joseph Hardey Scholarship. In 1946, he was a member of the Magazine Committee and achieved a First Class A Pass in fourth year. Nicknamed ‘Professor’ by his fellow students for his scholarly excellence, in his final year in 1947 Geoffrey was awarded a University of Western Australia (UWA) exhibition in English and History.

Geoffrey enjoyed student life at UWA, where he edited the student newspaper Pelican and became President of the Arts Union. He studied history, writing his Honours thesis on Alexander Forrest, a Western Australian explorer and politician.

He held academic and professorial appointments at many universities throughout the world.

In much of his work, he rendered history as the experience of ordinary people, his approach often from the bottom up rather than the top down. His narrative skill, sharp eye for everyday lives, evocative prose and wry humour entertained and informed generations of readers.

A celebrated author, Geoffrey penned more than twenty-five books and is credited for bringing much of WA’s history and political development to the everyman.

Master of Arts and a Doctorate of Philosophy, Balliol College,