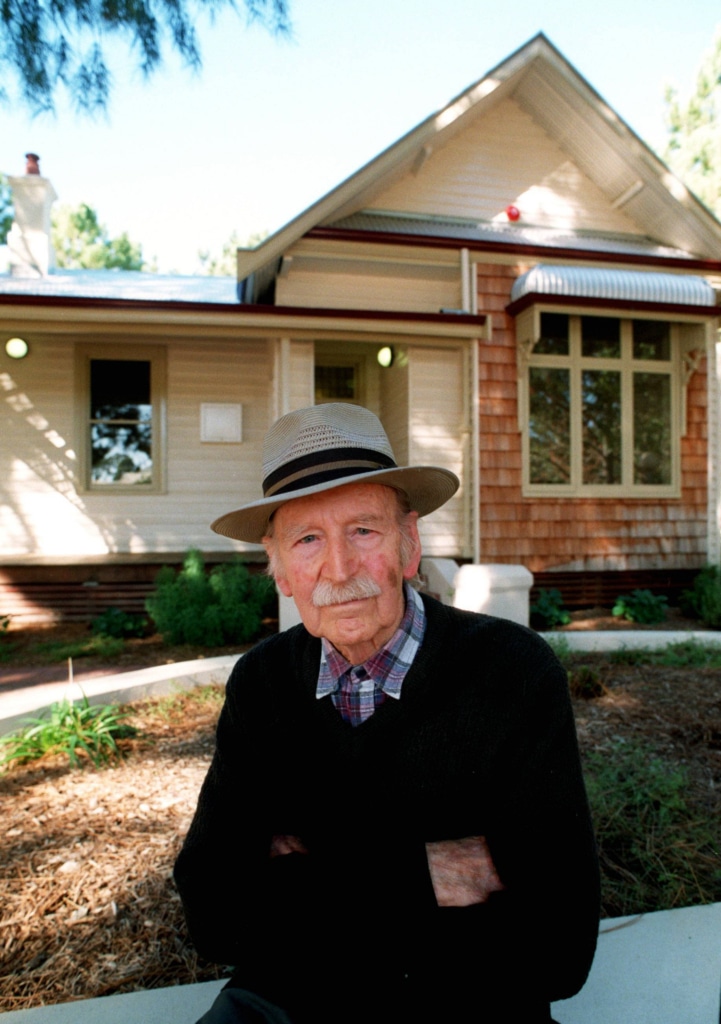 Peter Cowan was born in 1914 in South Perth. His grandmother was Australia’s first female parliamentarian, Edith Cowan. Peter entered Wesley at nine years in 1924 and left in 1930 to work in insurance and as a farm labourer. After further study at Perth Technical College and the University of Western Australia, he graduated as a teacher and returned to work at Wesley College.

He married Edie Howard and they had a son, Julian. The family moved to Melbourne in 1943 while Cowan served in the Royal Australian Air Force. While in Melbourne, he became involved in the Angry Penguins modernist literary movement.

After the war, Peter returned to Perth and taught English and Geography for many years at Scotch College. In 1964, he became a Senior Tutor in English at UWA, and later an Honorary Research Fellow after his retirement. Peter Cowan published eight volumes of short stories, five novels and three biographies. He also edited two books of diaries and letters and co-edited seven volumes of short fiction.

Peter’s novel The Color of the Sky won the WA Premier’s Book Award for Fiction and the Western Australia Week Literary Award in 1986. In 1987, he was made a Member of Order of Australia, and in 1992 he received the Patrick White Award for an Australian Writer of Great Distinction.

Peter was named one of Western Australia’s Living Treasures in 1999, and was awarded a Centenary Medal in 2001 for service to literature through writing.