After 18 years of service to Wesley, College Chair, Mr Jim Walker, is departing to take on a new challenge. Headmaster, Mr Ross Barron, celebrated Mr Walker’s time at the College with a very special speech.

A film came out in 2019 that I’m sure a car enthusiast like Jim Walker must have seen – Ford v Ferrari, about the iconic companies going head-to-head at the 24-hour race of Le Mans in 1966.

In it, the famous car designer Carroll Shelby – played by Matt Damon – describes what it’s like when a race car is at full speed.

He says: “There’s a point at 7,000 RPM… where everything fades. The machine becomes weightless.  Just disappears. And all that’s left is a body moving through space and time. 7,000 RPM. That’s where you meet it. And it asks you a question. The only question that matters… Who are you?” 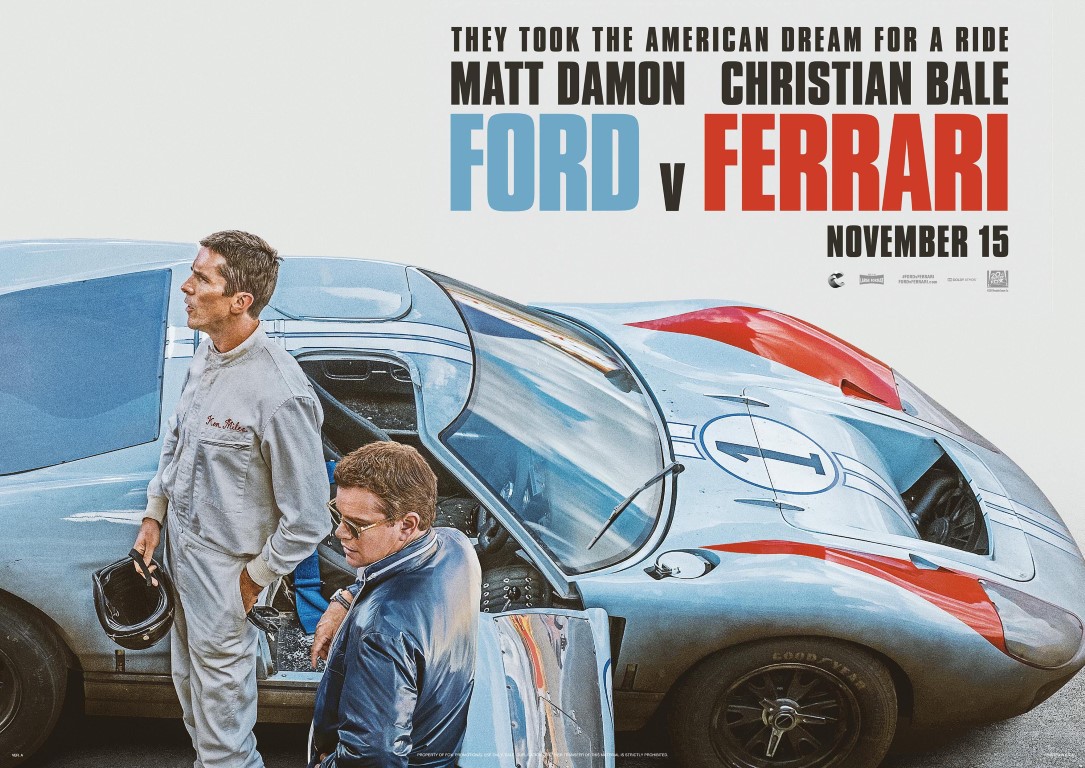 When it comes to our departing Chair of College Council, Mr Jim Walker, the answer is clear.

Jim is a leader of people. A man who inspires. A man who acts with a singular vision who paves a clear path for others.

Like Matt Damon’s portrayal of Shelby (and I’m confident this is the first and likely final time Jim has been compared to Matt Damon), the more the pressure piles on, the more he comes alive. Where everything is uncomfortable, where others might crumble, he embraces the ragged edge and steers through it with assured hands.

People like Carroll Shelby, Enzo Ferrari, and Jim Walker are a special breed because they don’t do what they do for money. They are driven by something else – a need for progress.

Jim is a servant to leadership. He’s given 18 years of his time, passion and knowledge to Wesley, motivated by the desire to give back. The College Council oversees everything from our building projects to Wesley’s values. It’s a huge responsibility and as Chair of the Council, Jim has worked hard at a position that does so much for young people and to ensure we have everything we need to produce the next group of leaders.

Jim Walker is the kind of man who demonstrates the qualities to which every boy in this room should aspire. That is, to always give your personal best. That’s what Jim does! Whether it’s his flawless penmanship (honestly, it’s like calligraphy…), to his passion for mentoring people, to his attention to detail in business – Jim is a man you can rely on. He does his best, and he always does what he says he’s going to do. 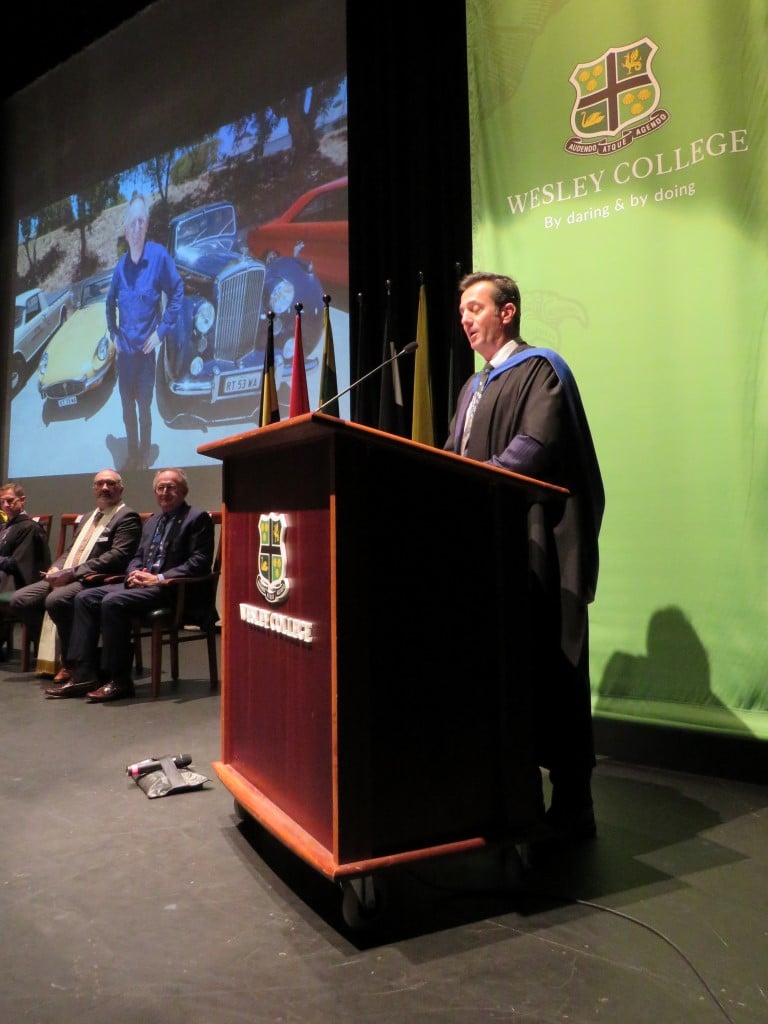 He’s also a proud family man. So I’m delighted that Jim’s son, Bryce, is here today – returning to the school he attended from 1996 to 2003. I’d also like to mention his daughters Sharene and Tarryn, who both went to Penrhos. I know with his wife, Lesley, he is equally proud of all his children and, now, grandchildren.

They probably wouldn’t mind me saying that Jim can appear quite intimidating at first. I found him a little scary the first time we met, at an interview for this role. But now I know him better. I understand that he’s actually much like a watermelon… hard on the outside but soft and sweet on the inside.

Crack through the exterior and you’ll find that he’s very genuine, very gracious with his time and his assistance.

The key to Jim is that he has to have a goal. Once we defined what we were pulling towards, he was all-in. Now, if you do make a mistake, he will tell you, but it comes from a position of wanting Wesley to be better. It’s never nasty or malicious; it’s about what’s best for this College.

This directness has helped Jim countless times. After all, one of the most impressive aspects of Jim’s career is that he wasn’t launched into a management position. He was not born with a silver spoon in his mouth. He’s from humble beginnings – starting as an apprentice mechanic, learning his craft on heavy diesel engines. But his integrity and work ethic shone through. By the time Jim elected to retire, he managed a business with an annual turnover of around nine billion dollars.

Take a moment to absorb that, boys. From apprentice to CEO. Many of you are on the verge of embarking on your own journey through your working life. Whether you’re inspired to become a mechanic, musician, or meteorologist, understand that with the right work ethic you can navigate your way from the bottom to the top – just as Jim did.

So now Jim’s time has come to leave Wesley and take on a new challenge. He has overseen the building of the Joseph Green Centre, the Mildred Manning Science Centre, the Middle School, the Hamer Wing and more. But bigger than all those spaces is what he’s left in terms of the Council and how it runs.

His succession planning, and the appointment of our new Chair of College Council, Mr Matt Braysher, will see the Council in an incredibly strong position. I think that’s what Jim would say he’s most proud of. And I believe that’s a positive reflection of his leadership.

At the end of Ford v Ferrari, Carroll Shelby sits in his car. He reaches for his keys and the engine burbles into life. Shelby sits back, listens to the heartbeat of the cylinders then drives off into the distance. Our hero. The winner of the race.

Now it’s time for Jim Walker to drive into the distance.

Jim, I want to thank you for the endless hours of advice you’ve given us; for the times you’ve gone above and beyond to keep Wesley navigating in the right direction; for the students you’ve assisted and influenced and for the way you’ve built on Wesley’s past to benefit all our futures.

You have elevated us and we are all the better for it. Enjoy your new adventures and take with you our sincere gratitude and utmost respect on whatever roads you choose to drive.