One of the things that keeps Wesley at the cutting-edge is the academic excellence of our teachers. We’re delighted to announce that the following people will be joining us in 2021. 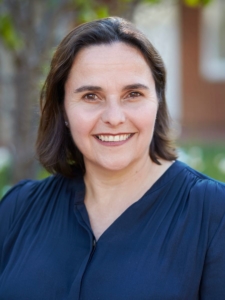 “The saying that states, ‘It takes a village to raise a child’, relates to my passion and knowledge of education, in understanding the importance of school communities and their impact on the learning of each child. I am delighted to be joining the Wesley village, providing the opportunity to work with families and, in particular, the students and the chance to contribute to their growth and holistic development.”

Mrs Vernita Jaques joins the College as the Assistant Head of Junior School. Vernita is currently the Deputy Head of Junior School, Pastoral Care and Operations at PLC, after having built a successful teaching career spanning two continents and a variety of school contexts. Vernita originally studied teaching in South Africa, where she held several teaching posts including as a Deputy Head at the International School of Cape Town. After emigrating to WA, Vernita spent eight years at St Stephens School, including five years as the Deputy Head of Primary and Head of the Early Learning Centre at their Duncraig campus, before moving to PLC in 2018. Vernita has just completed her Masters in Education (Leadership), and we believe we’ve secured a fantastic school leader to work in partnership with Mrs Edinger and the Junior School team as we make our Junior School the very best it can be. 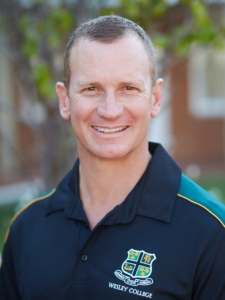 “I am really excited and extremely motivated to be officially starting in the Head of Sport role in the new year. I am specifically looking forward to working closely with our staff and coaches to raise the profile of all sports within the College and continue to build upon the proud sporting history that Wesley College has established since it’s foundation 1923”.

Mr Luke Dwyer is Wesley’s newly-appointed Head of Sport. Luke is a qualified Phys Ed teacher, and in his teaching career held several pastoral leadership positions including several years as a Head of House at Christ Church Grammar School. Luke has also built a successful career as an WAFL player and coach, having played 146 WAFL games for East Perth and Claremont before moving into coaching. Luke has been with the West Coast Eagles since 2016, first as a Midfield Development Coach and most recently as the Head Coach of their AFL Women’s team. Luke is an outstanding addition to the Wesley senior leadership ranks and we are looking forward to seeing him take sports at Wesley from strength to strength. 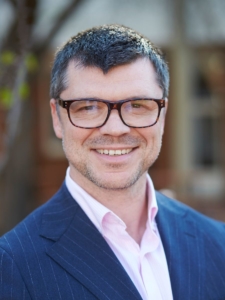 “As a teacher I have taken great pride in being responsible for encouraging students to step into a life beyond the boundaries of education where they can appreciate art that exists all around them. Art is an understanding of humanity and gifts us the capacity to evolve society in an ever-changing world… what a privilege.”

We’re also delighted to welcome Mr Stephen Roberts who takes on the position of Head of Arts next year. Stephen is a Drama Teacher by training and has been at All Saints College since 2006, and in over 11 years as the Director of the Arts has built a renowned and innovative program, with initiatives such as their HotHouse Company and Project X resulting in extraordinary levels of student attainment and engagement across all arts disciplines. In fact, he was awarded a place on the Educator Hotlist! which lists 50 of the most innovative educationalists for the year across Australia. He’s also spent time as a professional actor, director and producer, maintaining a strong connection to grassroots theatre. Stephen is driven by a desire to instil a love for the Arts in his students, and we look forward to seeing him make his mark here at Wesley. 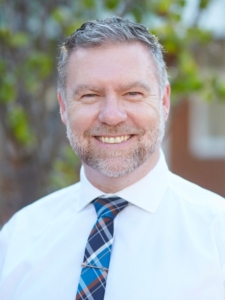 “For me, language is power. What I hope to ignite in my students is not only an appreciation for English as a discipline, but the skills to express themselves with authenticity, conviction and purpose.”

We have also secured the services of an outstanding Head of English, Mr Adam Kealley. Adam is coming us from Trinity College, having spent 10 years there as an English & Literature teacher and leader, including the last six years as the Director of Teaching & Learning. He was also the SCSA Chief Examiner for English, a sessional lecturer at Curtin, the editor of the Good Answers Guide for English teachers in WA and lead author of the successful Insight ATAR English for Western Australia textbooks. Prior to Trinity, he spent several years teaching at All Saints College and working in the UK. Adam holds a Bachelor of Education. More recently he completed a Master of Arts, Literature and Writing from Deakin, and a Professional Certificate in Educational Leadership with the University of Melbourne. He’s also set to finish his PhD in Creative Writing next year. 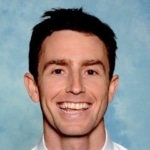 “I am extremely passionate about the important link between wellbeing and academic engagement, having seen first-hand across a number of contexts how this empowers individuals to thrive. The Director of Student Wellbeing role aligns strongly to my own purpose within education, in which I see the Wesley Community having an incredible opportunity to shape society in a positive way.”

Mr Phil Collins joins Wesley as the Director of Student Wellbeing, taking the next step in an extensive career of educational leadership served across a diverse range of Western Australian remote, country and metropolitan educational contexts, including five years as the Associate Principal at Halls Creek District High School and four years as the Associate Principal at Carine Senior High School. Additionally, as an Executive Leadership Coach for Growth Coaching International and State Program Manager for an Indigenous University student support program, Phil brings considerable experience in pastoral care, student and staff wellbeing, academic improvement, cultural change, careers and Aboriginal Education. Phil has a Masters of School Leadership, Graduate Diploma in Education, Graduate Certificate in Education (Behaviour Management) and Bachelor of Science degree. With a passion to develop students who are good human beings, resilient, prepared and excited to contribute to a better society, Phil is an outstanding addition to the Wesley team.

Wesley College has been named as one of Australia’s Most Innovative Schools, for the third time. How it started and how it’s going… 100 years ago this week the first stones were laid in the building of Wesley College. Now, a century later, we’re proud to announce that – today – we have been presented…