From a young age, science captured Allen Thomas’ (40– 43–45) curiosity and imagination. He remembers one of his father’s friends showing him a telescope and explaining how it worked. This led to a love of Science and Mathematics that Wesley enjoys the benefits of to this day.

The man then gave Allen two pieces of glass to take home. He went straight home and using materials he found around the house made a mount and created his very own telescope. This resourcefulness and creativity has been a common thread throughout Allen’s life.

Allen was a mid-week boarder at Wesley College when Dr James Rossiter was Headmaster. At school he enjoyed Mathematics and Science, and would sit under the arches of the Kefford Building revising and soaking up everything he was taught. He remembers the kindness and nurturing approach of science teacher, Victor Cooper, who played an essential role in imparting a passion for science and machinery in Allen.

Allen left Wesley after his junior year to take up a fitter and turner apprenticeship with the Australian Electrical Company. He then worked at the ABC in Adelaide Terrace until he retired in September 2005.

His passion for science has never waned and he first learnt about the Foucault pendulum when reading a science magazine and he decided that he would like to make one. So just as he was taught all those years ago at Wesley, Allen got to work in his shed, By daring & by doing.

Allen’s Foucault pendulum now sits in the Mildred Manning Science Centre for the Wesley community to enjoy. A huge thank you to Allen for his generosity and support of science at Wesley. 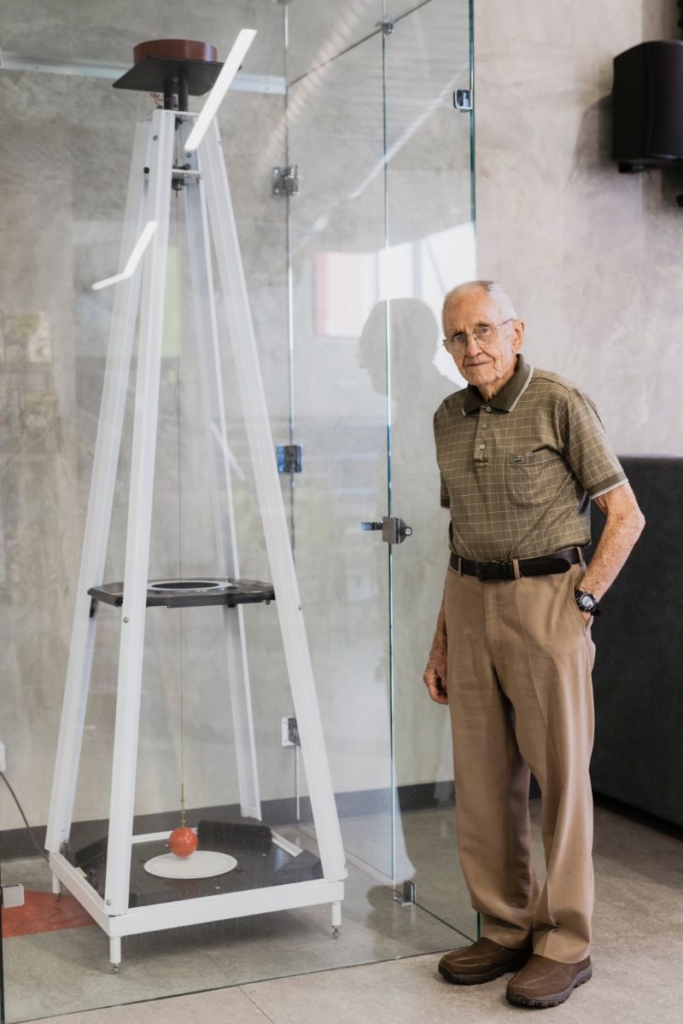 HOW DOES A SWINGING PENDULUM PROVE THAT THE EARTH ROTATES?

The Foucault pendulum (pronounced foo- KOH) is named after the French physicist Léon Foucault, and is a simple device that demonstrates the rotation of the Earth.

The apparatus consists of a single pendulum (a heavy bob on a lengthy piece of wire) that is mounted in such a way that allows the plane of its swing to turn freely. The change in the swing plane demonstrates the earth’s rotation.

Pop into the Mildred Manning Science Centre to see the pendulum and learn more.