Shooting for the Sky

It’s been a whirlwind few years for Kyle Bowen (13–17–18), but he is used to that. In his last year at Wesley, Kyle played for six different sporting teams as well as juggling academic commitments. To manage these demands, Kyle became the pilot Tier 1 athlete for Wesley’s Long-term Athletic Development (LTAD) program.

As part of the program, arrangements were made for Kyle to train over the 2016 summer holidays with the Perth Wildcats and in 2017 he was offered a two-year scholarship to the Basketball Australia’s Centre of Excellence at the Australian Institute of Sport in Canberra.

Fast-forward to March of this year, and 18-year-old Kyle received a development contract and subsequent game-time with the NBL Championship winning Perth Wildcats. In August, he departs for Saint Mary’s College in California on a basketball scholarship, suiting up on the same home court fellow Australians, Patrick Mills and Matthew Dellavedova used to springboard into the NBA.

A South Perth native, Kyle was back on campus recently and reflected on the defining moments of his sporting career and his excitement for what the future has in store for him.

On the LTAD program

The Long Term Athletic Development (LTAD) experience for me was awesome. I am very thankful to Head of Sport, Lyndon Brieffies, who was the driving force behind bringing the elite program to Wesley. Wesley has a lot of talented athletes, and having access to the program and being able to work with professionals to develop young talent, was the perfect opportunity for me.

It stopped the pressure of feeling as though I was being pulled in too many directions. I had so many coaches asking where I was training, what sessions I was doing and the LTAD program got everyone on the same page. It also prepared me for what was to come when I joined Basketball Australia’s Centre of Excellence. The strength and conditioning side of the LTAD program, in particular, was huge for me. 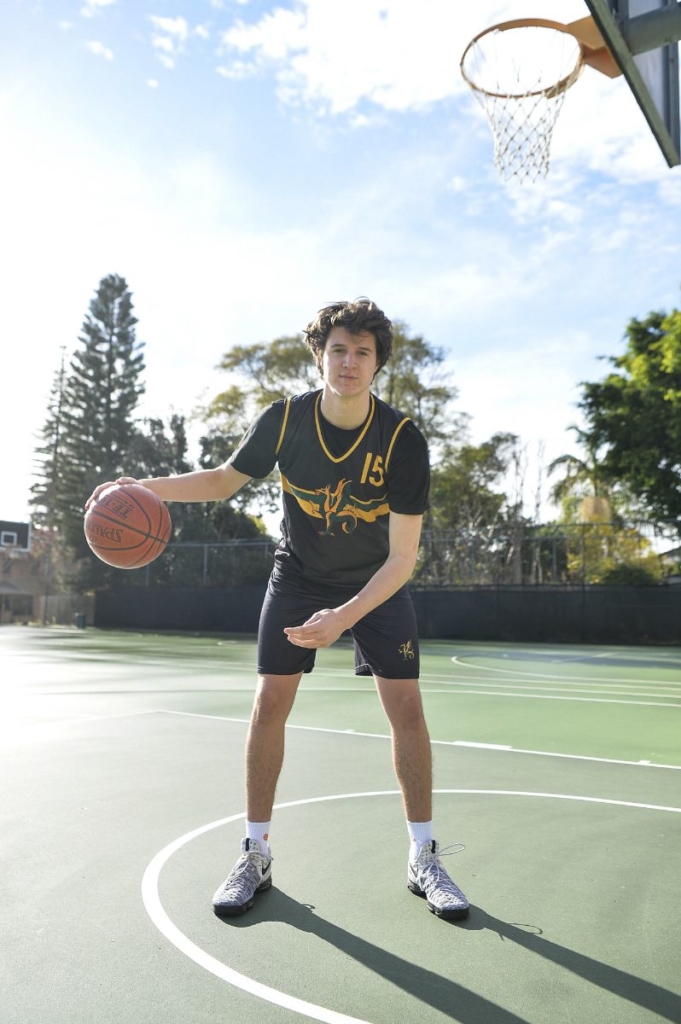 When I played my first game for the Wesley 1st V, I felt very intimidated. I remember looking up at all the Year 12s as a Year 8 and my nerves were through the roof, I felt as if I was in the deep end. I think it’s just having the mindset that it doesn’t matter if you’re playing for your country or playing for your school, you just need to be fully dedicated.

On his development contract with the Wildcats

I feel as if I’m one of the luckiest basketballers in Australia right now! I’ve had the opportunity to be a development player with the Wildcats and I am training and playing with guys who have been and done the college experience. I’ve been picking their brains on what it’s like and how I can best prepare. I’m feeling very good about the opportunity.

I’ve had great people and mentors surrounding me, which I think is very important in sport. I’m trying to get as many different perspectives as I can and stay curious about everything.

On his Wesley experience

I have nothing but good words about Wesley. It’s just so special, when you’re at school it’s so hard to recognise how significant it is, but being back here brings back amazing memories, like the Blackwood win.

I think you need to go off and do other things before you can realise how special the times you had at Wesley were. It’s a great school and gives you amazing opportunities to grow as an individual. It’s not just about the sport, it’s about becoming a better man.

This abridged article first appeared in the Wesley College magazine, The Wesleyan. To read the full piece, please click here.

Read more: Why is playgroup important in the early years?

Why is playgroup important in the early years?

Read more: Brett Stanford – A talent for the ridiculous