Pulling Together for Success

Being part of a team – any team – is special. But there’s an extra bond that forms when a 1st VIII comes together. The dawn starts, the gruelling training, the will to push through the pain barrier for the collective goal – it creates a distinct kind of unity.

That unity hits its pinnacle at the biggest event of the rowing year: Head of The River. Contested since 1899, the best and fastest competitors from Aquinas, Christ Church, Guildford Grammar, Hale, Scotch, Trinity and Wesley are brought together to discover who can row 2000m in the shortest time.

For some of our Captains of Boats, decades have passed since they sat waiting for the red flag to drop and the race to begin. But the memories of the intense preparation and lasting life skills have not faded. 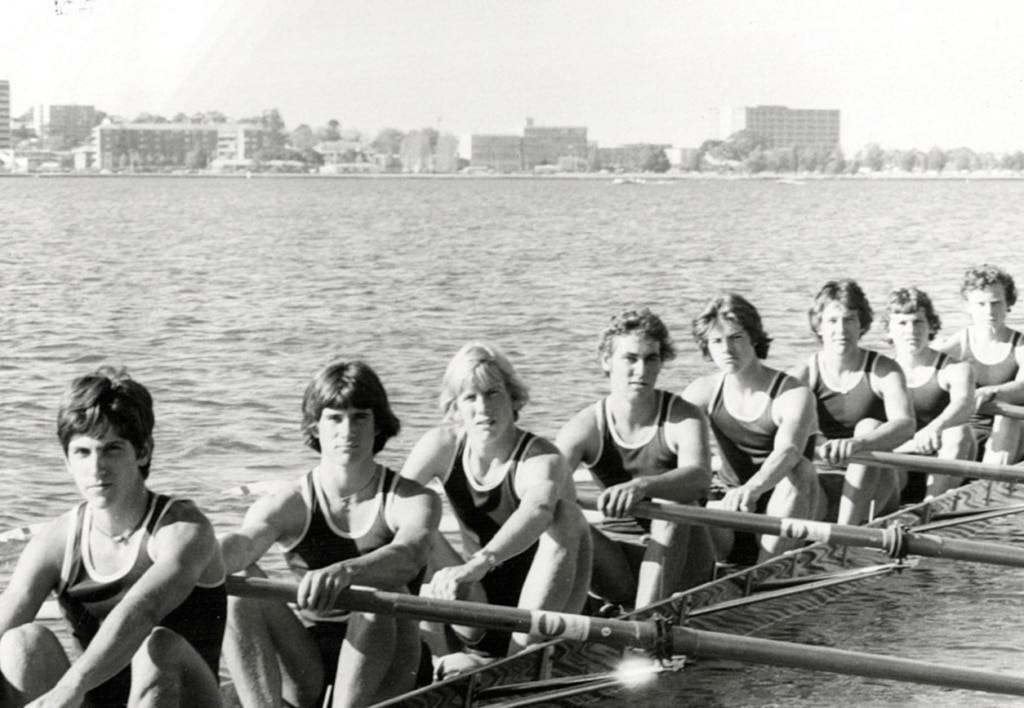 Steve Thompson and his crew.

“Hard work, training, and competing – I have such fond memories. Rowing gives you the true feeling of being part of a team and that we’re all in this together. Summer preseason camp was memorable. We’d sprint up and down the sand dunes at Swanbourne; the sand was so hot that a couple of guys ended up with blistered feet. But we all still did it.

“On the morning of the race in 1981 I can remember being nervous and keen to get started. We were also watching the weather as at that time the race was run alongside Kings Park near the wall with the finish a couple of hundred metres West of the Narrows, and if there was a SW breeze there could be backwash off the wall if you had lanes 1 or 2.

“My advice for the 2021 rowers is to make the most of the experience on the day as you will very likely never do it again as life gets busy after school with family, work and life.” 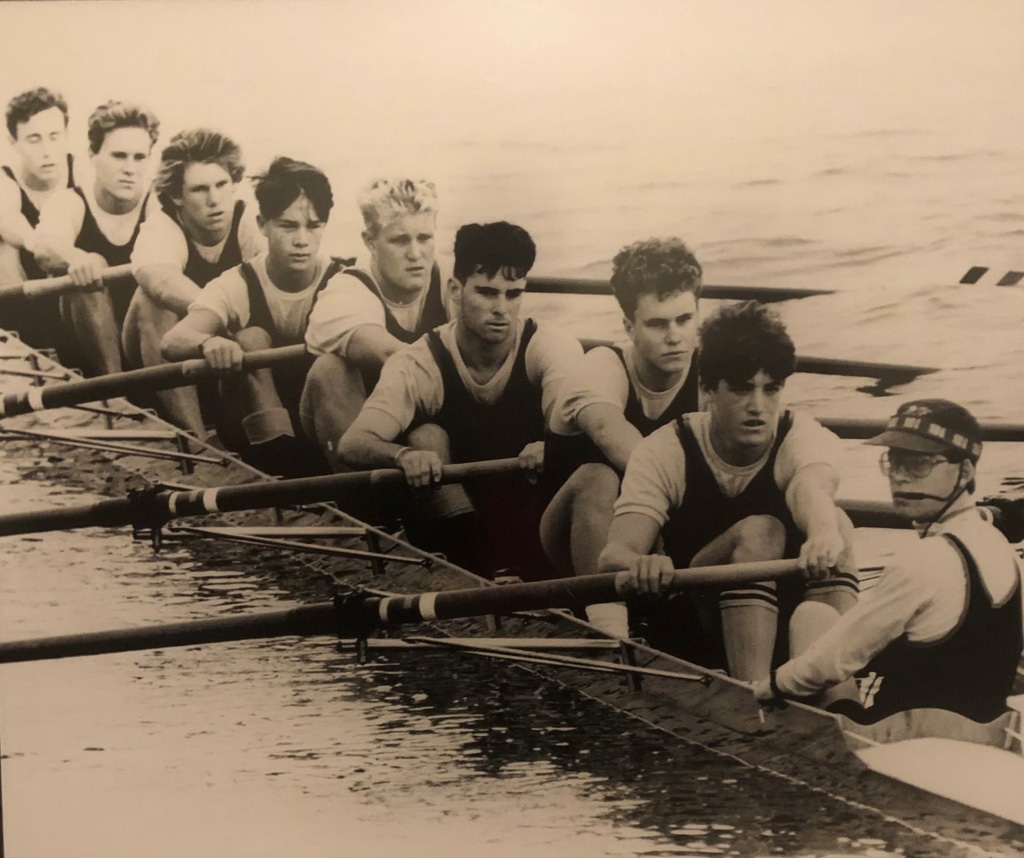 Nathan Buckey, third from back.

“It was a period of early mornings, total commitment, painstaking exhaustion, comradery and thousands of squats! Nowadays, it brings back great memories of my time at Wesley. I especially love watching the crews train on my early morning walks around the river.

“My big memory from race day is the wind. I’m sure every crew wants a calm day on Head of the River day but it wasn’t to be. I was actually fairly composed and focussed. We featured on the back page of the West Australian and were considered to be one of the favourites to win at the time!

“What I learnt from competing is to never give up – to endure through the tough times and persist, no matter what. And the importance of teamwork. No one individual can make the boat go faster on their own.” 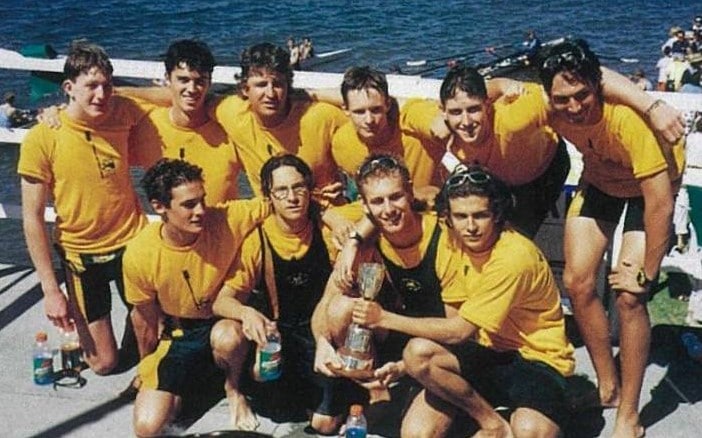 “Rowing was so important to me. While I was rowing at school and through my university years, the sport was certainly my main focus in life and passion. I met my wife Jess through rowing and many of my closest friends too, so in that sense – even though it’s been 15 years since I’ve been in a boat – it has, and will continue to have, a massive positive influence on my life which I’ll forever be grateful for.

“Head of the River was still down at Canning Bridge back in 2001 and we were rowing out of the Penrhos shed. The banks were packed and the atmosphere was electric. We could hardly get the boat through the crowd to out on the water. It’s by far the most charged environment I’ve seen at any regatta I’ve rowed at. I certainly wasn’t prepared for that and it was close to the point of being overwhelming.

“Our coach Antonio Maurogiovanni used to say to us: ‘I want you to touch your limit’. A simple ask, but something that’s actually quite difficult to do. When you do it tough, win or lose it’s hard to be genuinely disappointed with yourself because what else could you have done?” 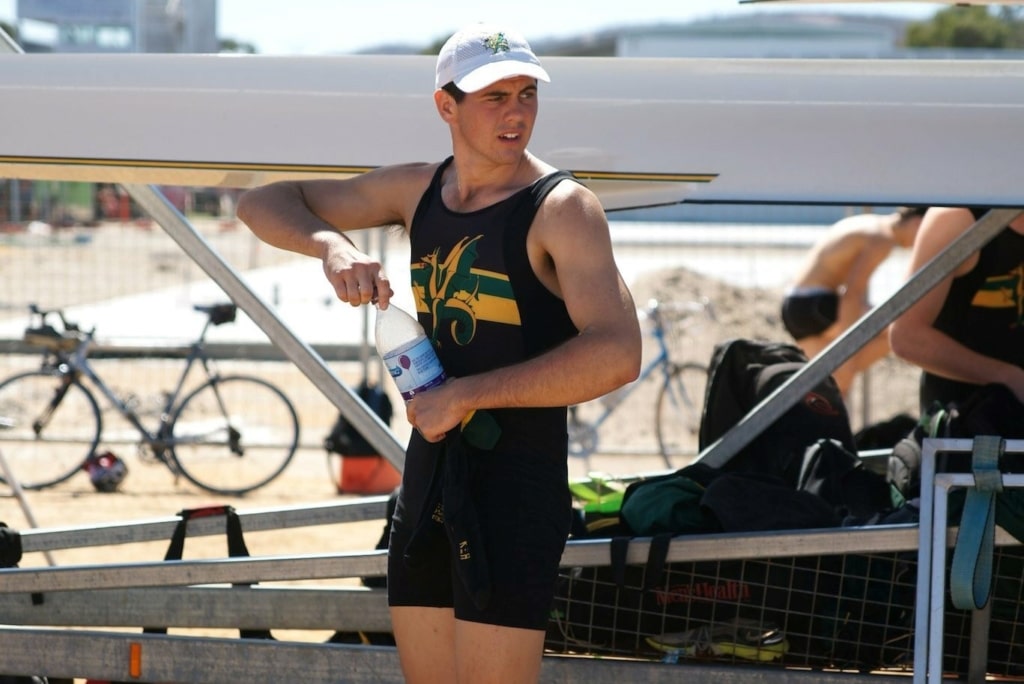 “Rowing, to me, is a way to push the boundaries and connect with people and the water. Some of my best memories are sitting in a rowing boat with mates before sunrise in front of the city with the city lights reflecting on the glassy water and all you can hear is the sound of the water beneath you.

“On the morning of Head of the River, we met at the bus at the school and the parents were there to send us off to Champion Lakes. It was great to really see all the support that we had behind us. Once we got to Champion Lakes we had a team meeting then tried to relax… which was hard with all the excitement and nerves we all had.

“Looking back now, I learnt how to work closely with others in the crew and how important communication between everyone is. I also learnt how hard you needed to work if you really wanted to do something like get into a crew or seat or get that ergo time you wanted.” 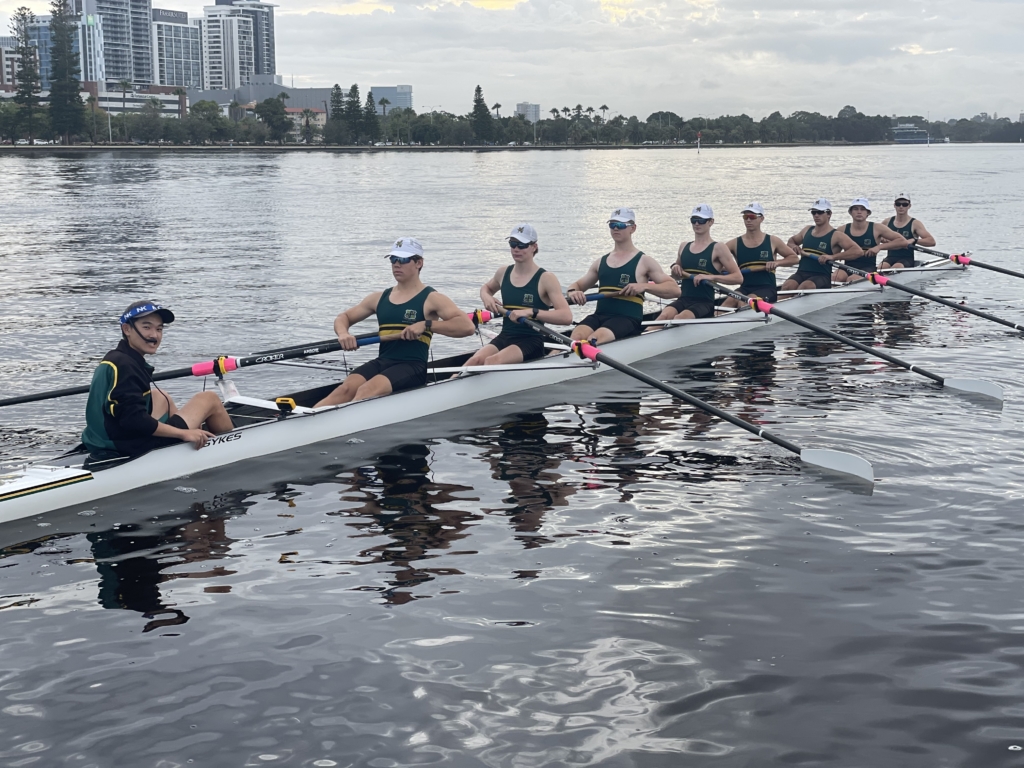 “There’s a mix of emotions as we lead up to the big day. We’ll be competing against the other PSA schools, but you also feel nervous within your own crew. Everyone wants to perform to their best ability because no one wants to let the team down. It’s a team sport, and you want to give everything to your crew!

“I’d be a completely different person if I hadn’t done rowing at school. I’ve learnt about endurance, time management, and how to be mentally strong. You discover how much further your physical and mental limits are compared to where you think they are. Once you push through that barrier, it opens so many opportunities. School is a lot easier after those early morning sessions!”

From the front of the boat to the back, you can be assured that Josh and the 2021 team will be giving their all when the racing starts at 9am on 20 March, just as every Wesley team always has. Good luck boys!