From throwing basketballs around the backyard in 2009 to performing unbelievable basketball tricks today, Mr Brett Stanford’s How Ridiculous channel on YouTube is now one of Australia’s largest, with 4.5 million subscribers and more than 640 million views. In this edition of Wyvern Corner Office, he recounts his career pathway.

When Turkish Airlines told Mr Brett Stanford (01-05) that they wanted to film him shooting basketballs from some of Istanbul’s most iconic landmarks, he said yes. One month later, his How Ridiculous team was catapulting basketballs from the world-famous Maiden’s Tower into a tiny basketball hoop onboard a ferry 50 metres below. Confined to a one-hour window before tourists started to pack the popular tourist site, the pressure to deliver was on. They knew it would all be for nothing if they didn’t make the shot.

It may sound crazy, but for Brett and the team he assembled after co-founding How Ridiculous, this experience was just another day at work. Starting out as mates shooting baskets in their backyard in 2009, Brett and the team have since developed a massive YouTube presence that has seen them travel around the world making remarkable basketball shots from unimaginable locations.

Daring to push the boundaries, How Ridiculous has an impressive list of achievements, including setting Guinness World Records for the highest basketball shot ever (201.4m) from Maletsunyane Falls in Lesotho, Africa, and the World’s Longest Golf Putt (120.6m) on the 5th hole at the Point Walter Golf Course.

Unusual achievements, but ones that sit perfectly alongside releasing a bowling ball onto a trampoline from 165m at the Luzzone Dam in Switzerland or dropping a giant metal dart onto a table of bulletproof glass from 45m up!

While Brett and the team have now established themselves on the global stage as specialists in trick shot and sports entertainment videos, it was their first viral basketball trick shot off the Narrows Bridge which kickstarted their rise to fame. Channel 7’s local reporters picked up the story and offered to organise a location for their next stunt.

‘We decided to go big and suggest Subiaco Oval, because we couldn’t imagine being on a shoot anywhere like that,’ Brett says.

‘Admittedly, we were pretty nervous because the Narrows Bridge shot had taken us two days, but we had the whole day at the stadium to make a shot from the top of the grandstand,’ he adds.

The team had 20 basketballs on rotation, however, incredibly, they made the bucket on the fourth  shot. ‘It made us look like heroes.’

From Channel 7 in Perth, the story made international headlines when it was picked up by major news outlets like CNN and Fox. ‘They called us “How Ridiculous” in the original story, so that really solidified our name,’ Brett added.

While the success of the How Ridiculous channels is no secret, an untold component of the journey is their devotion of their work to faith. The organisation’s mission—glorifying God by creating high-quality entertainment which moves people—links to how the group originated.

Brett met team members, Derek and Scott, at the Lifestreams Christian Church in Como where he was the Youth Leader between 2006 and 2018. Juggling work as a part-time Physio and Youth Pastor at the church, Brett decided to pursue How Ridiculous as a full-time career in 2016, after ‘feeling God’s calling to pursue creating videos. We all still pray together, and there’s a strong sense that God created this for us,’ Brett says.

While the weight of expectation to deliver new and original creative content to fans may be a daunting proposition for some, Brett says continuing to take on new challenges while also having fun at the same time is one reason for their long-term success. ‘Every video comes out of a desire for us to achieve a new challenge…We never want to get comfortable.’ 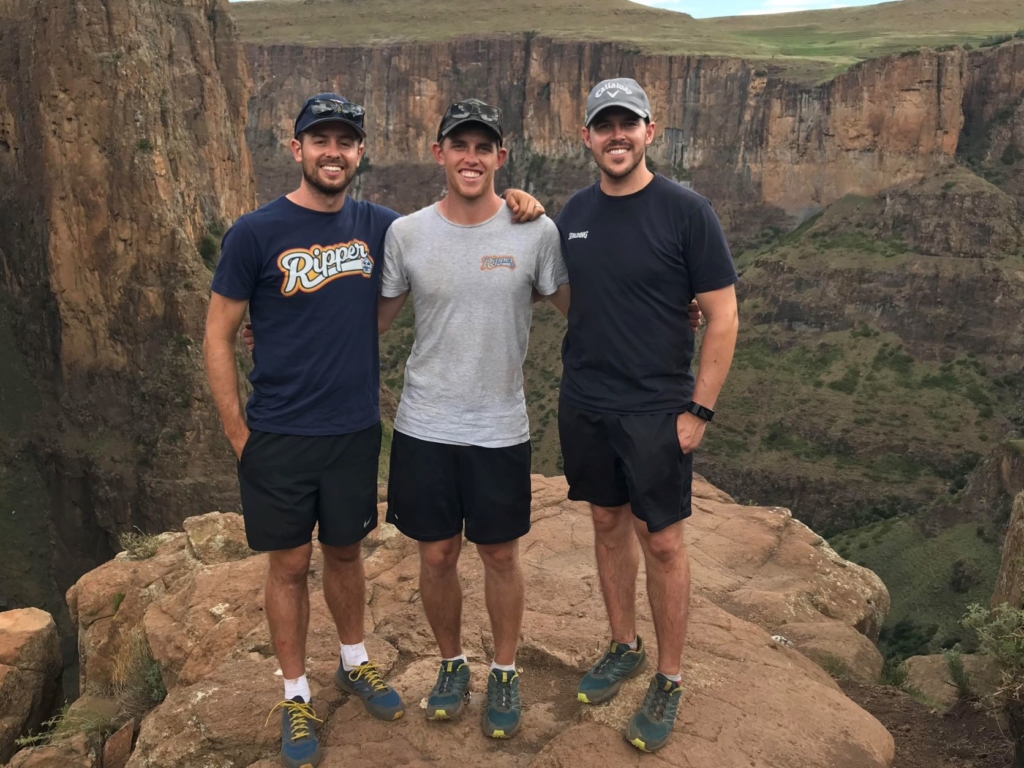 Social media platforms, such as YouTube, provide an opportunity to advocate for causes, which is not lost on Brett and his team. How Ridiculous has previously partnered with Compassion, a Christian organisation devoted to helping break the cycle of poverty for children, and has also sponsored children in Southeast Asia to enable them to study and follow their dreams.

‘We visited the Philippines, and I met one of the kids we sponsored. He’d studied and is working as a teacher in a school and is helping others break that cycle of poverty too,’ Brett says. ‘It’s really powerful stuff!’

Similar to the EuroLeague and Turkish Airlines campaign, How Ridiculous has also collaborated with global brands including KFC, Callaway, Disney, Subway, Spaulding, Nerf, and Tourism Dubai to create unique videos.

Even after completing so many new challenges, Brett still points out that every new project the team undertakes has a chance that the shot won’t go in. Brett uses the example of when it took the team six days and over 2000 missed attempts before finally hitting their Guinness World Record basketball shot off a 200m waterfall in Africa. ‘If we fail or make a mistake, we just make an adjustment and keep trying,’ Brett says.

This attitude of overcoming adversity and building perseverance draws parallels with broader life, for everyone. Whether it be daring to push yourself out of your comfort zone, or striving to meet new challenges in your career, sport or academics, you can achieve more when you dare to take that shot.

‘Just keep the faith, and don’t give up!’