Posted August 9, 2022 in The Wesleyan By Community Relations

At Wesley, our values are literally written large. Hanging from the roof of the Middle School atrium are four huge banners, each containing one of the following words: Respect, Integrity, Compassion and Courage. They are known as our Core Values.

These powerful concepts were introduced in 2011 after discussion and consultation, with the mission to further engage Wesley’s vibrant, caring and connected community. There was a desire to sum up the nebulous idea of what it is to be a Wesleyan in a way that could be easily communicated.

We all have our own idea of the general values of being a Wesleyan. Sometimes it simply boils down to the understanding that it’s important to have values, to have a standard against which you can hold yourself accountable.

Cody Lee in Year 8 says, ‘Values bring the community together and help us become the best we can be’. Kyle Resch in Year 12 agrees, ‘Values keep me in check, they guide me in my everyday actions’.

With this in mind, I went to find some examples of values in action.

There were endless places to start, but I found myself in the Boarding House. The reason? I’d heard about two Year 12s who had gone to great lengths to make the new Year 7 boarders feel comfortable. After all, for most Year 7 boarders, adapting to a whole new world—far from home—can be a daunting experience. 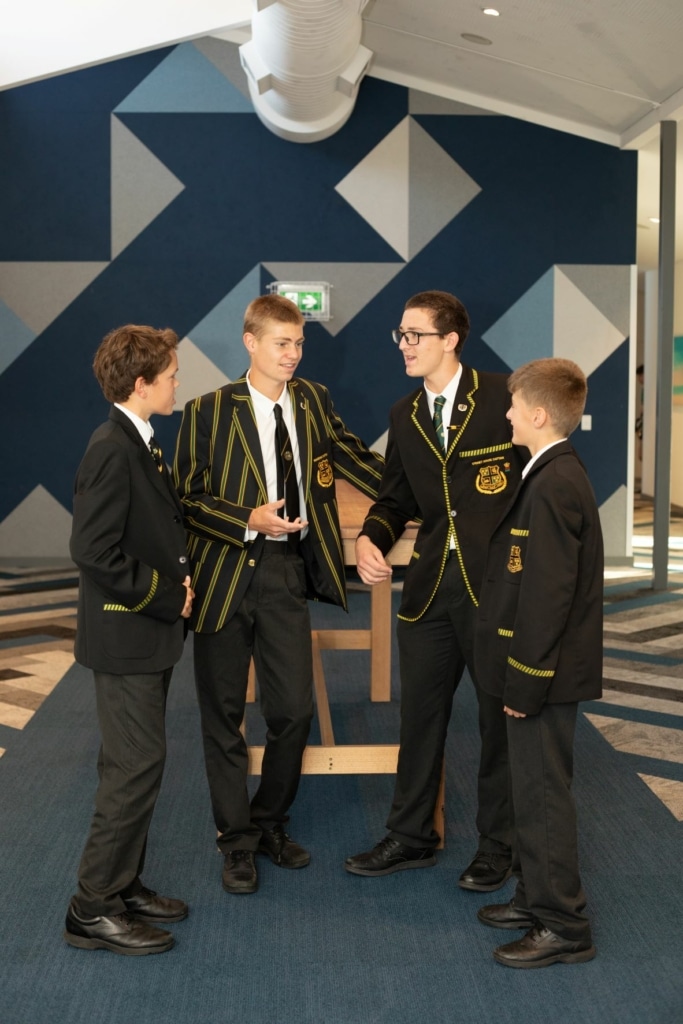 However, Boarding Captain, Maxwell Nield, and Cygnet Captain, Kye Macnamara, began a compassionate initiative earlier this year—they left the comfort of their own private rooms and moved into the Year 7 dorm for the length of Term One, to help ease the new borders into their unfamiliar environment. It was a generous act that also strengthened the friendships in the Boarding House.

Kye says: ‘I wanted to try and mimic the people who helped me when I came to Wesley, because I know how hard it can be coming into Year 7… it can be tough.’

According to Max, ‘When you’re living in boarding, a large part of it comes down to Respect, Integrity, Compassion and Courage… You’ve got to have integrity,even when no one else is watching and that takes courage. I think the College’s Core Values work together in making us our best selves.’

It’s truly incredible to see that our values inspire us like this and through the generations of students.

Heading through the sub-schools, we come to the Junior School where, back in March, Mr Barron found himself with COVID-19 and isolating. Year 1 student, Lachlan Mason, was curious about how Mr Barron would keep his promise to shave his head for the World’s Greatest Shave if he was unable to leave his house.

Even in Year 1, Lachlan understood that it’s important to keep your promises.

Concerned, he asked if he could FaceTime Mr Barron, who gamely took the call. Mr Barron assured Lachlan that he would still shave his head after returning from isolation. They had a fruitful conversation on the importance of integrity and Lachlan later watched as Mr Barron come good on his statement: ‘if you make a promise, you have to keep your word.’ 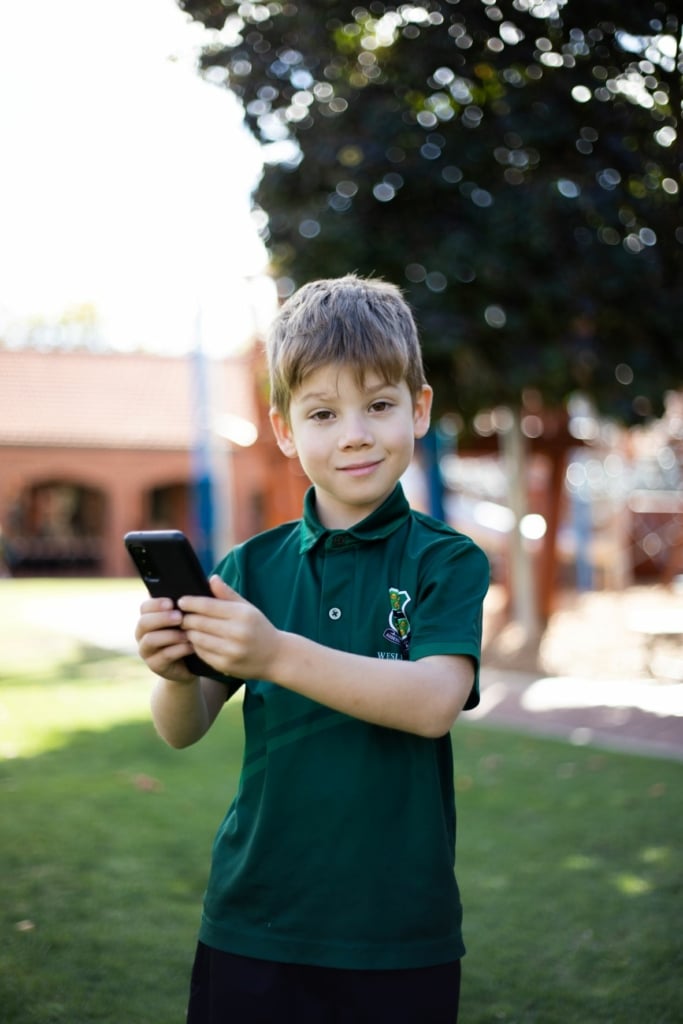 Going through to Middle School, I found myself talking to Sebastian Huber in Year 5. ‘All of Wesley’s Core Values have something important we need in our lives,’ he says. ‘We need all the values in our daily choices.’

For Sebastian, a moment to show his values occurred when a new student arrived at Wesley, Will Koks. Sensing that Will was feeling the nerves we all feel on first days, Sebastian stepped in—taking it upon himself to show Will around. That soon blossomed into a close friendship, showing that having the compassion to be the one who says hello can result in great rewards. 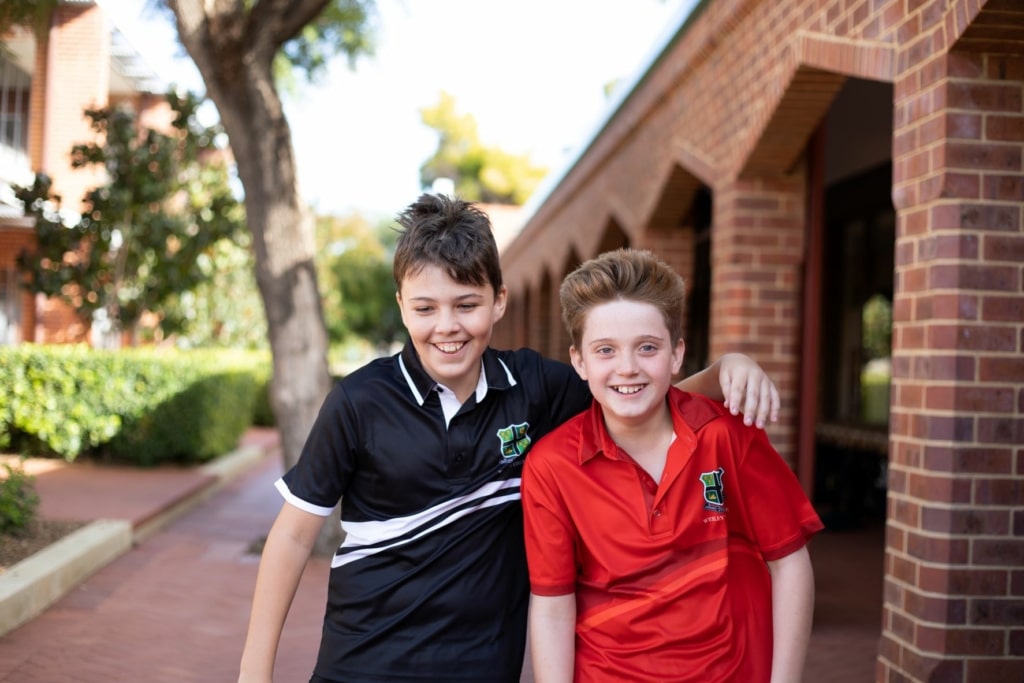 The sporting arena is another environment where values come to the fore.

At the PSA Inter-School Swimming earlier this year, our Year 10 Swimming Team were down a few swimmers after some of the boys had been sent into isolation. This meant Wesley couldn’t fill out all the races, setting us back for points. With short notice, Will Moharich in Year 10 stepped in and swam for his team despite not being fully fit after suffering from glandular fever.

‘I was definitely not totally fit that day,’ he says. ‘Just a few weeks before, I had been struggling to walk. I was invited to take part in the butterfly and I wanted to contribute. I had heard stories on how schools had missed out on trophies because of just a point or two and I wanted to do my part. I wanted to do it for the school, it was the right thing to do. One butterfly then turned into two butterflies and freestyle relay. I really had to dig deep—but I’m glad I did.’

His courage and integrity set the bar high for what it means to be a Wesleyan. 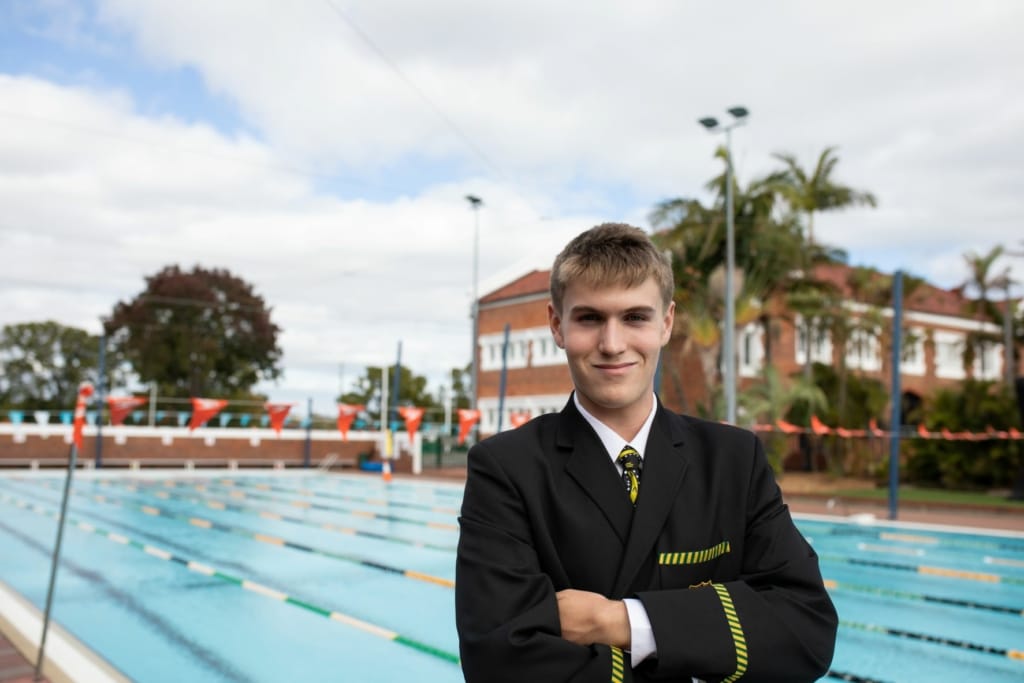 Impressed, I spoke to another swimmer, Hayden Ferguson in Year 11. His feats didn’t take place in the pool but in the sea.

The 20km Solo Rottnest Swim is one the world’s largest open water swimming events and surely, also one of the toughest. But with an immense amount of courage—and determination—Hayden not only completed the swim but achieved an incredible 5th place. I just had to ask him about his race and whether Wesley’s values helped him.

‘The Core Values are something that impact my decision making,’ he says. ‘Courage is about challenging your own fears… trusting that you know what’s going on. Integrity is about telling people you’re doing the swim and then seeing it through. Having those values motivates you when you’re tired.’ 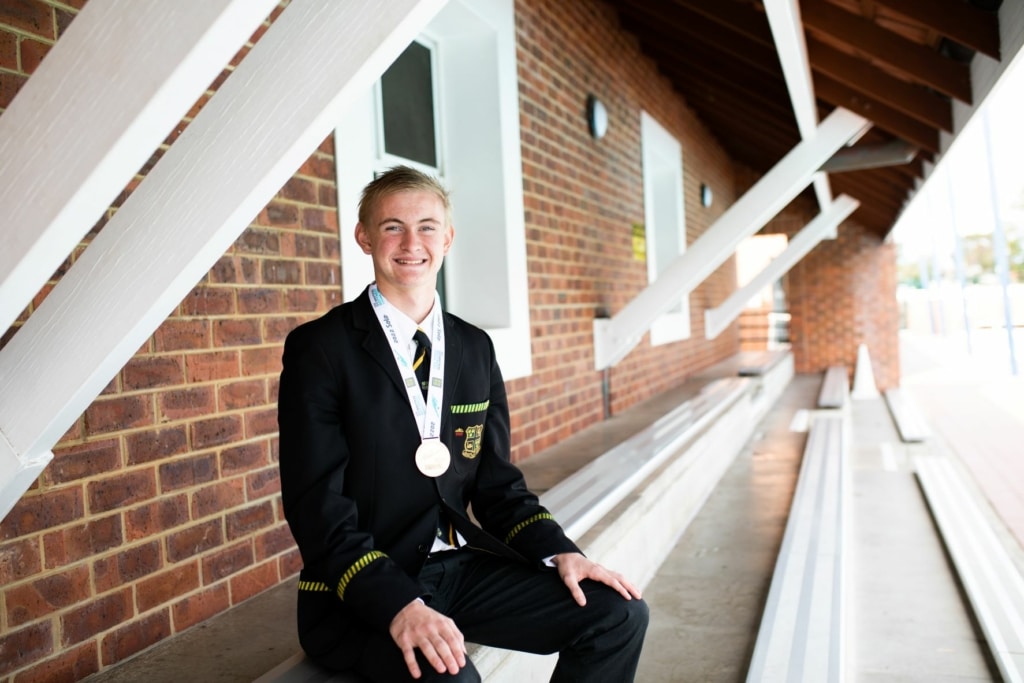 There are hundreds of other stories that could be told, but it’s clear that our Core Values are fundamental to our lives in and beyond the Wesley gates.

Personally, I’ve been blessed to have the Core Values at the foundation of my 13 years at the College. I’ve seen our values in action, shaping our day-to-day actions and building virtuous characters.

Respect, Integrity, Compassion, and Courage. They’re just four words, but they’re at the very heart of our culture, playing a major part in making Wesley’s strong sense of community unlike no other.

This article was originally published in the Winter 2022 edition of The Wesleyan. To read more, click here.