Posted August 23, 2022 in School News, The Wesleyan By Community Relations

When told in 1998 that he needed to relocate for emergency treatment following a diagnosis of acute myeloid leukaemia, Eric Graydon and his family challenged the Leukaemia Foundation to shave as many heads as they could in 24 hours—an effort to raise both funds and awareness.

Word soon spread and once the media found out, there was no going back. $80,000 and 200 heads later, the World’s Greatest Shave was born.

The Shave has grown significantly since 1998. One of Australia’s longest-running fundraising campaigns, the symbol of a shaved head has come to represent a beacon of hope for the thousands of Australians facing blood cancer.

The Wesley community has continuously supported the Shave. However, something changed in 2022. Led by our top fundraiser and Dickson House Captain, Riley Tan, as well as our Faith and Service Prefect, Dimitri Lazidis, the little orange number next to our crest on the fundraising page kept growing. Every day, more dollars generously flowed in. And they didn’t stop. 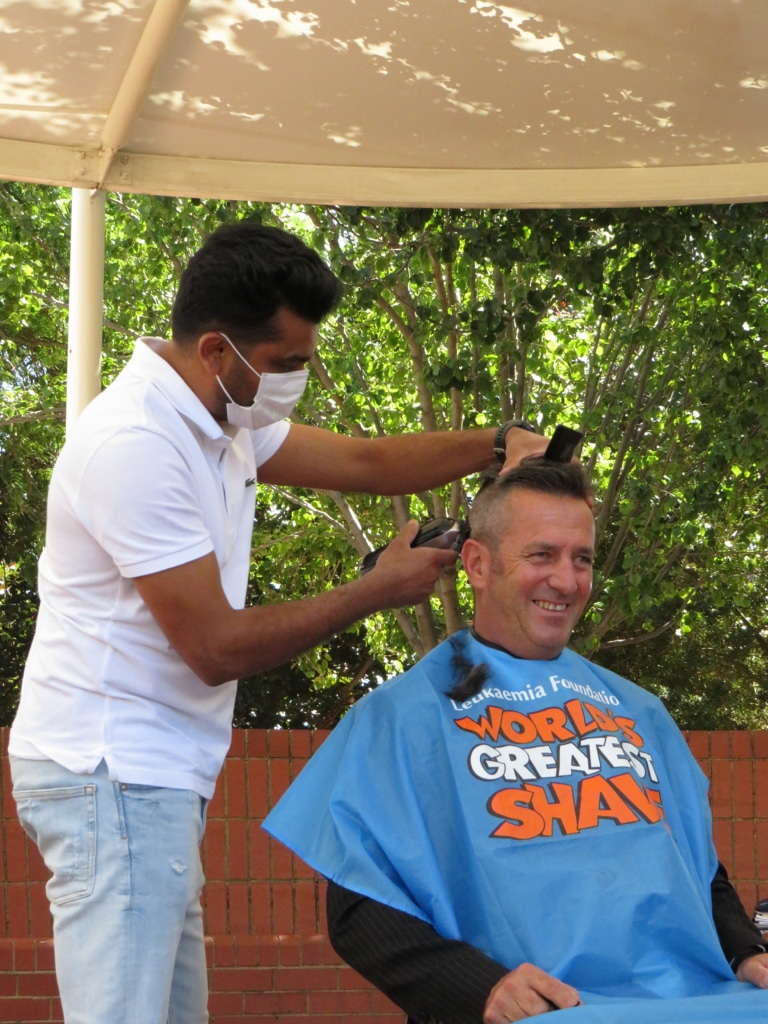 The Wesley community had come together to raise $111,270. We were the highest fundraising school in the nation, and the second highest fundraising team overall. Our boys represented 10% of the national fundraising leaderboards. Riley Tan placed 14th with $16,922 raised, and Dimitri Lazidis placed 20th with $12,795 raised. If that isn’t ‘By daring & by doing’, then I don’t know what is.

The air was crackling with excitement on the day of the Shave. We began with the Middle School shavers, who—raising $422 and led by their Middle School Prefect, Sean McDougall—walked down to Dale James & Co hair salon in the morning to shave.

We had wonderful requests for AFL team colours, rainbows, and so much pink that we had to send an emergency resupply party to Coles! However, if it weren’t for Mrs Jo Edinger, Mrs Vernita Jaques, Lewis Washington—our Junior School Prefect—and his committee, we wouldn’t have had such a colourful morning in the Junior School. So, next time you see them, be sure to say thank you! 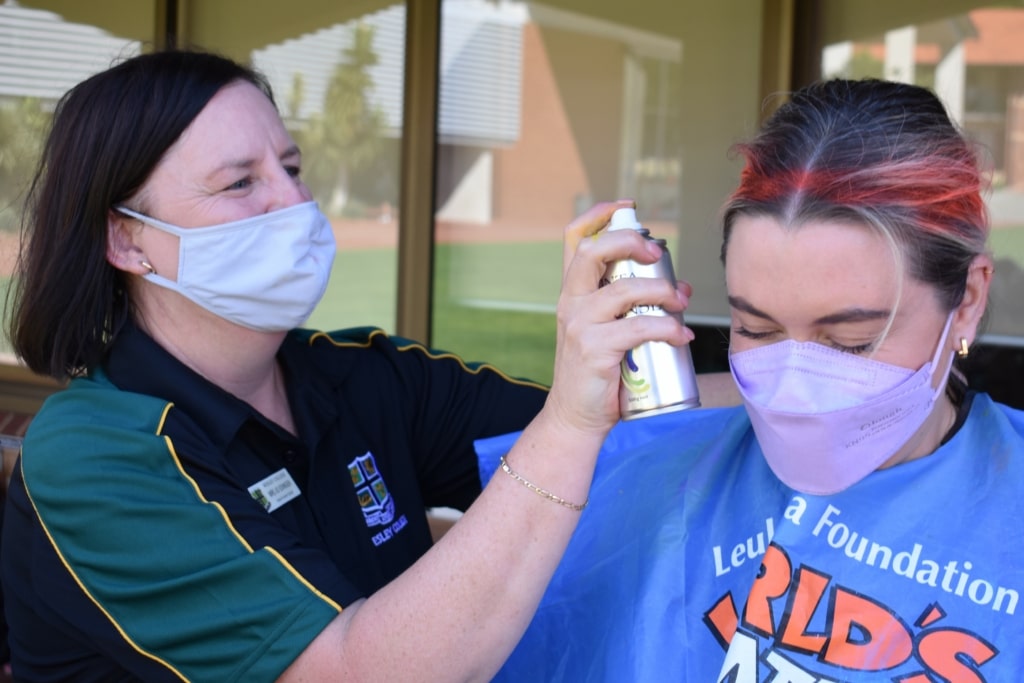 As recess rolled around, we were down to one sub-school left. It was time to shave the Senior School.

As hosts, fellow College Vice-captain, Ashton Namdar, and I had the pleasure of interviewing the endless stream of shavers throughout the day. Having also designed the music playlist, we were overjoyed to see that the atmosphere during lunch was everything the team had planned for it to be. Hits such as Rick Astley’s Never Gonna Give You Up ensured that the energy levels were at an all-time high. To the outrage of some, we had plenty of requests for non-uniform-policy-compliant hairstyles. Needless to say, the skullet was in style. 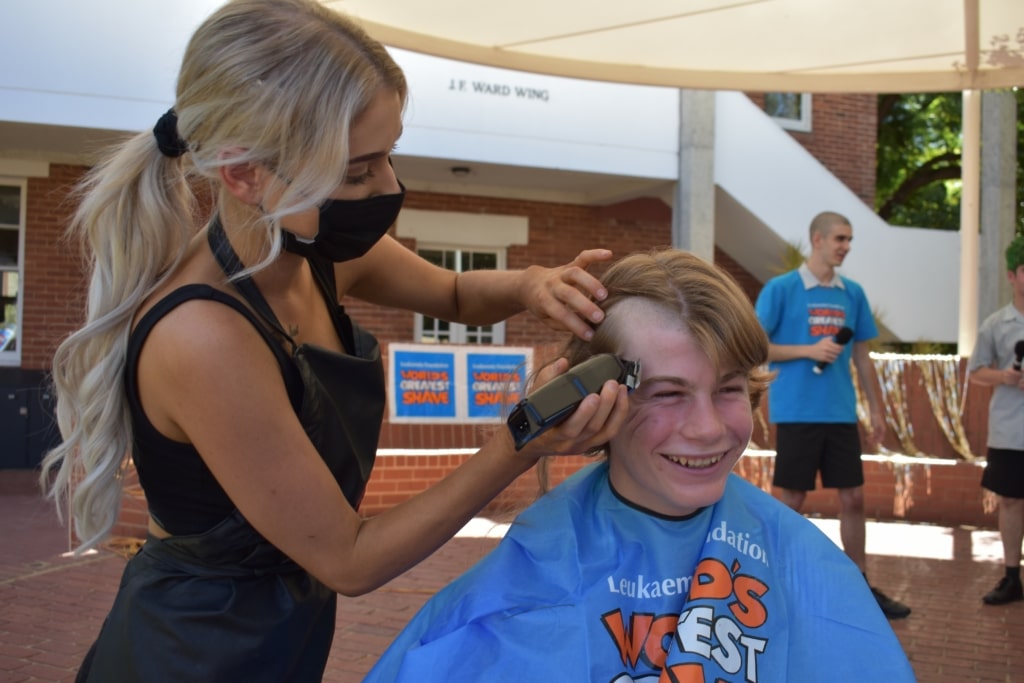 However, not a single person lost sight of the fact that the Shave represents an ongoing battle against a type of cancer with which too many people in our community have an intimate and harrowing connection. Ms Lauren Stacy, who visited us from the Leukaemia Foundation, reminded us that the money we raised would enable hundreds of cancer sufferers to access treatment that they otherwise would have gone without. We made a tangible, life-saving difference on 17 March 2022.

The Shave has come a long way since Eric Graydon had an idea that would change, and save, the lives of thousands of cancer sufferers, but one thing is certain, it is through events such as the World’s Greatest Shave that we are able to continue to do all the good we can.

Here’s to next year!

Read more: Values we live by