Posted January 17, 2022 in The Wesleyan By Community Relations

A scene straight out of a Sherlock Holmes novel faced our Year 9 students this term as they took on our Serious About Science elective.

The fact that Wesley is serious about Science is a given. However, the name of this innovative new Year 9 program points to something bigger—a fresh way of approaching study, with experiences based in the real world.

‘We came up with the idea of having an enrichment elective, which allowed the students to go a bit broader than the normal curriculum,’ says Science teacher Mrs Sarah Steer. ‘That was the start of Serious About Science.’

‘Then we surveyed the boys to get a sense of their interests. In this case, the topics for deeper study were: plagues, parasites and pandemics, forensics, and rockets. So we took their academic interests and turned them into real-world experiences.’

Of course, in this case it’s not a real world you’d want to experience every day… the discovery of a murder victim in the Science Centre! 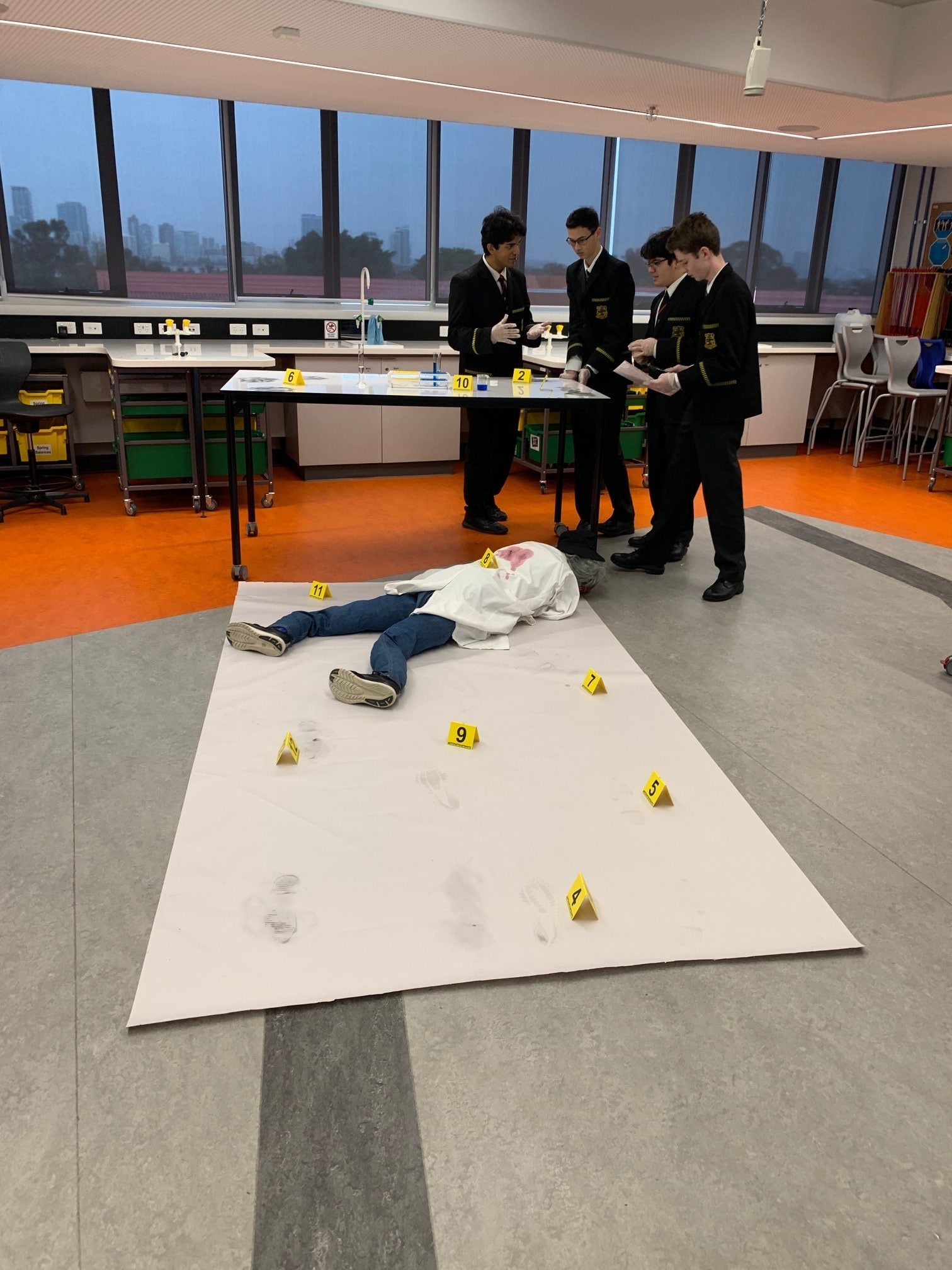 ‘At first glance it’s a little shocking’, says Mrs Steer. ‘But once the students realise that they’re looking for fingerprints, hair samples and other clues, they understand that we’ve given them a practical understanding of all the skills they need to solve the case.’

And what a case it is. The victim is (the usually beloved) Mr Ward. What’s known is that after a busy day at work trying to turn coal into a diamond, he had failed to return home—only to be found the next day, viciously stabbed twice in the back.

But who did it? Mr Simpson had been working late with Mr Ward, Miss Longo had had an altercation with Mr Ward about marking Chemistry exams, Mrs Steer was arguing about which classroom they would be in next year and Mrs Biggs was frustrated at Mr Ward for not putting his prac requests in on time.

All solid reasons for a murder! 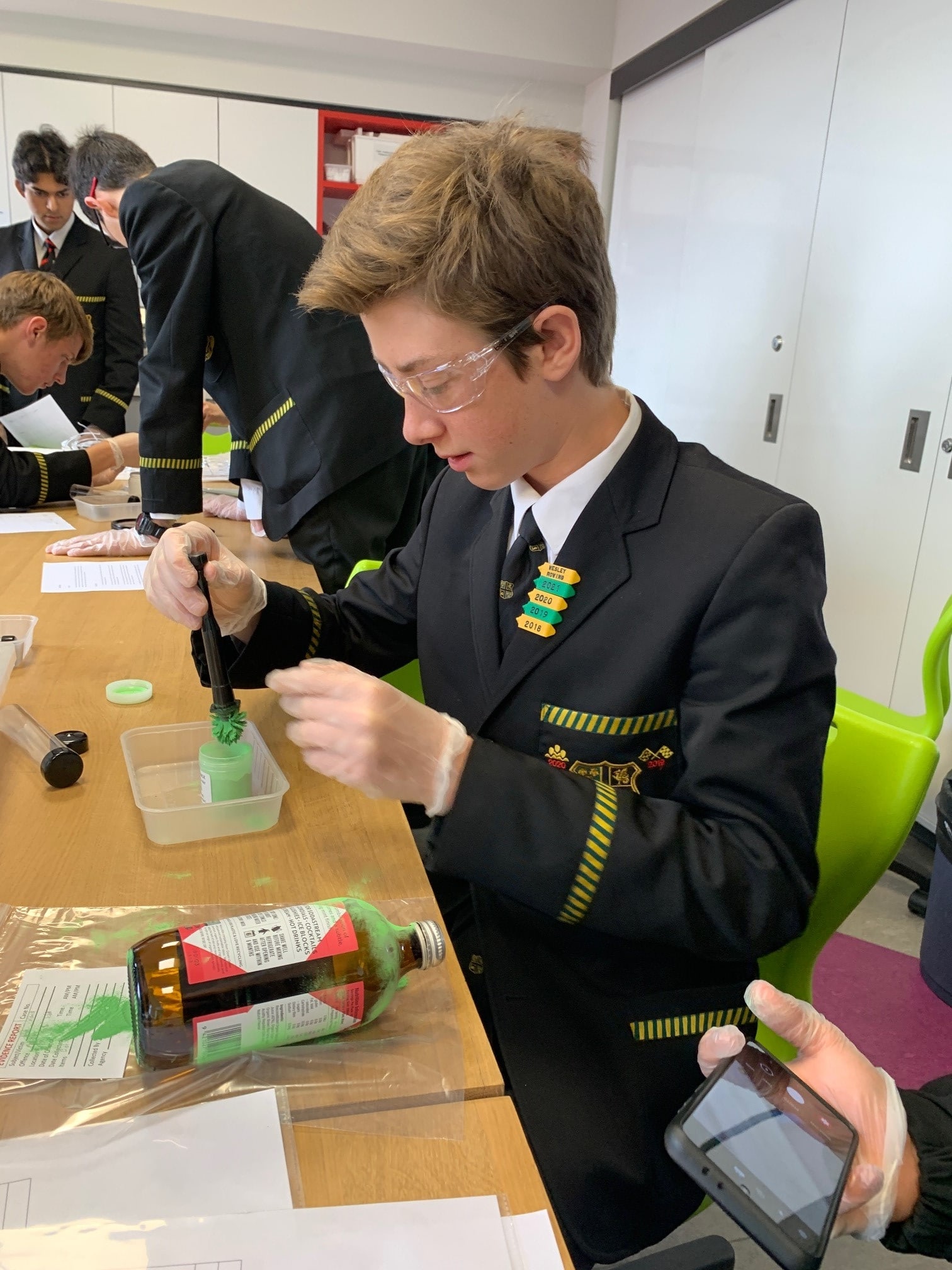 ‘The boys were quick to turn the discovery into a crime scene,’ says Mrs Steer. ‘They were dusting and bagging and photographing everything!’

‘They found some fingerprints on the Chemistry equipment, which they then analysed. A couple of hairs were left behind too, as well as pet hair and some clothing fibres. Lots of items to cross-reference with other evidence found at the scene.’

That just leaves the big question: did they solve it? ‘Yes! We had three different groups and they all worked out the culprit.’ Who was it then? ‘Well, actually, as we had multiple groups investigating at different times, we changed the solution every time to stop the secret getting out!’

So, it looks like the Science Centre is safe for now then, unless you’re Mr Ward!

This article first appeared in the Summer 2021 issue of The Wesleyan. To read more, click here.

Read more: Brett Stanford – A talent for the ridiculous

Read more: Values we live by