Year 8 student, Hayden Ferguson, has successfully swum across the English Channel, as part of Brucey’s Junior Channel Squad. With an impressive time of 10 hours and 8 minutes, they are currently the fastest Relay Team for the 2019 season and the second fastest crossing this year.

With a Bronze Medallion and Surf Rescue Certificate to his name, Hayden is no stranger to open water swimming and made the decision to attempt the crossing 10 months before the swim.

‘I found out that my previous swimming club was putting together a team and I thought it would be a great challenge! I have quite a bit of open water swimming experience and this seemed like an amazing opportunity,’ Hayden said.

In the lead up to the swim, Hayden and the team undertook a strict regime to get themselves physically fit and mentally prepared for the crossing, averaging 16 hours per week in the water. ‘We trained four to six times a week at our local swimming pool and then every weekend we would swim at either Coogee or City Beach to practice our open water swimming and get used to the cold,’ he said. During the swim the boys were only allowed to wear Speedos and the girls a simple one piece so they also had to get used to applying and swimming with woolfat (lanolin) to limit the cold.

Hayden’s parents also got behind his training. ‘In the ten days leading up to us leaving for the UK, my dad would make me swim laps in our pool every evening. This really got me ready for the cold water, as our pool isn’t heated and it was freezing!’ he said.

During the swim in July, each squad member had to swim for an hour with five minutes to change over. Hayden says the biggest challenge during his hour in the water was the jellyfish. ‘It felt like there were millions of them and their stings really hurt’, he said. ‘They were very brightly coloured and I kept thinking back to all the nature documentaries I have watched which say brightly coloured animals are poisonous. I think I spent my whole hour asking how long I had left!’

After the final squad member finished on the shores of the French coastline to the sounds of Men at Work’s Down Under blaring from the boat, they returned to Britain on their support boat and promptly fell asleep.

Despite some weary and tired bodies on a somewhat sombre journey home, when the squad arrived back on UK shores their parents made sure they celebrated. ‘As our boat pulled in, all our parents had party horns and they were cheering for us, it made me realise what we had achieved,’ Hayden said.

Reflecting on his time training for the swim and his time in the UK, Hayden thinks it is the friendships that he has forged that will stay with him forever. ‘We spent so much time together as a team that we are all now really good friends,’ he said. ‘We still chat constantly on our WhatsApp group and egg each other on for our next big challenges.’

Speaking of the next challenge, Hayden has a lot that he wants to achieve. ‘I want to go back in two years and cross the Channel solo on my 16th birthday,’ he said. ‘I am also planning on competing solo in the Rottnest Swim in February 2020.’ 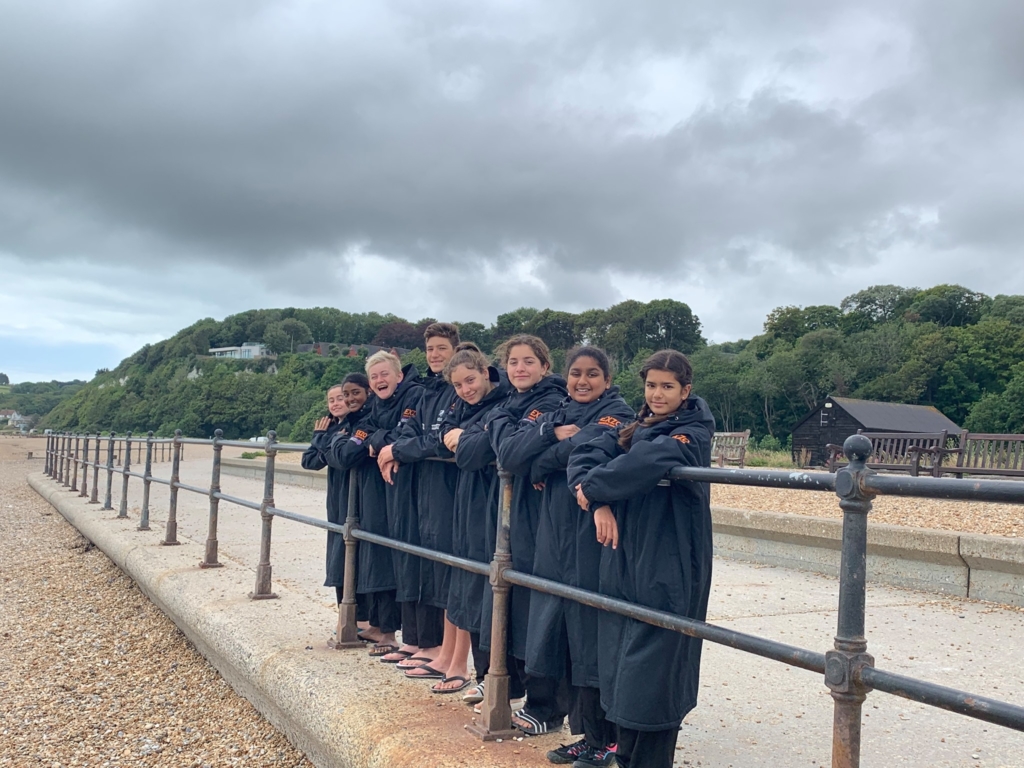