Reverend Nalin Perera joined us at Wesley on 25 March 2013, bringing with him a warmth and sincerity that immediately endeared him to the community. Today, he embarked upon his next adventure with a service entitled: ‘Conclusion of the Placement of the Chaplain’. As we celebrated Nalin’s time as 12th Chaplain of Wesley College, Headmaster Mr Ross Barron gave this speech:

As we gather to celebrate the work of Reverend Nalin Perera, to thank him for his service to Wesley, a question kept coming to me about his time at the College: ‘What makes a great man?’

For there’s no doubt that Rev is a great man.

To my mind, the answer can be found within Wesley’s core values. A great person engenders respect, integrity, courage and compassion.

Nalin’s tale of courage begins with his willingness to go against people’s expectations and carve his own path.

Growing up as a child in Sri Lanka he was constantly told by his parents, relatives and school peers that his objective in life was to be financially successful. That was the key aspiration. 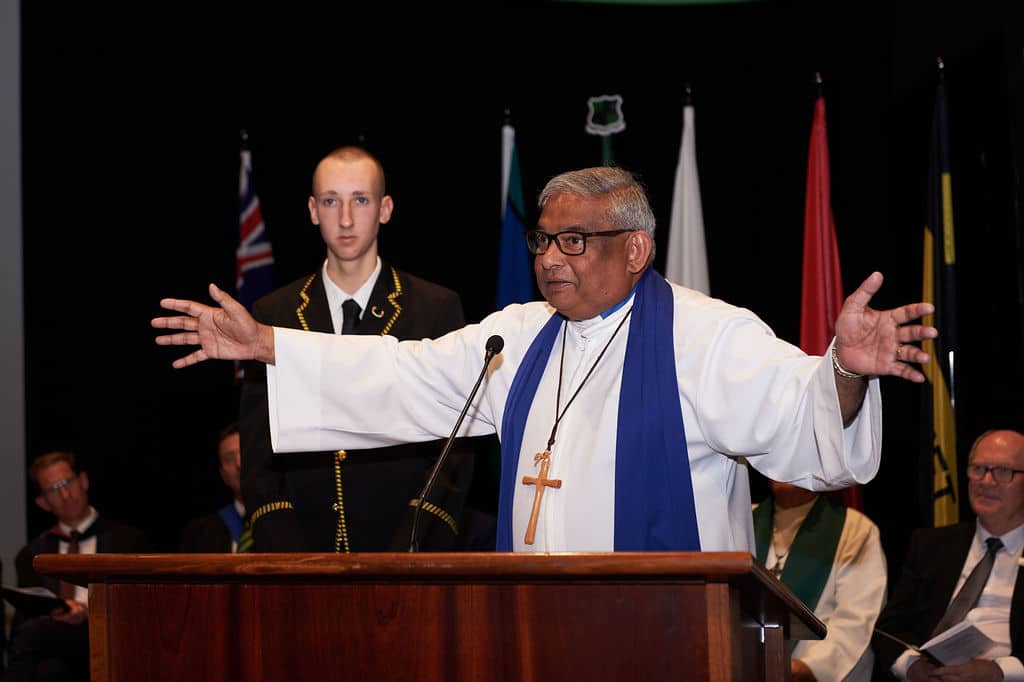 His access to one of the finest schools in Sri Lanka was through sport, where he excelled in rugby. As an emerging adult, Nalin pursued the material goals that were expected of him. He made a successful career in the airline industry – which also led to him meeting and subsequently marrying Michelle – and the opportunity to emigrate to Australia where he quickly rose through the ranks to high management at QANTAS.

Nalin became financially secure very quickly but something deeper was missing in his life. He knew that he was a seeker of truth. He knew he needed a deeper meaning to his existence. He had the courage to know he had to make a change.

He looked to the religion of his parents for clues. Nalin’s father was a Buddhist and his mother a devout Christian. He explored their beliefs with respect and integrity. Learning as much as he could, before finding himself drawn to Jesus.

As he read the Gospels, Nalin knew the time was right to step away from the corporate world and pursue a life of ministry. So, in his early 30s – and with three young daughters – that’s what he did.

Close friends stood by Nalin; others thought he was quite mad.

As he said himself in a 2019 issue of The Wesleyan: “As a young man, I did not have all the information, life experience, financial resources, nor perfect conditions to create a purposeful life. However, I can now look back and realise that with God’s guidance, I was being led in the right direction.”

Ultimately, he arrived at Wesley in 2013.

Rev’s examples of compassion are numerous. Most remain private – where he works quietly in the background, in the shadows, being there when students, parents, staff, Alumni need him.

I even know of people outside the College who have walked past the Wesley Chapel at 5.30am, seen Rev’s light on and reached out for help.

Countless times I have heard someone saying the Rev was there when he or she needed him the most. It points to his integrity that most of those tales will never leave the safe confines of his office. 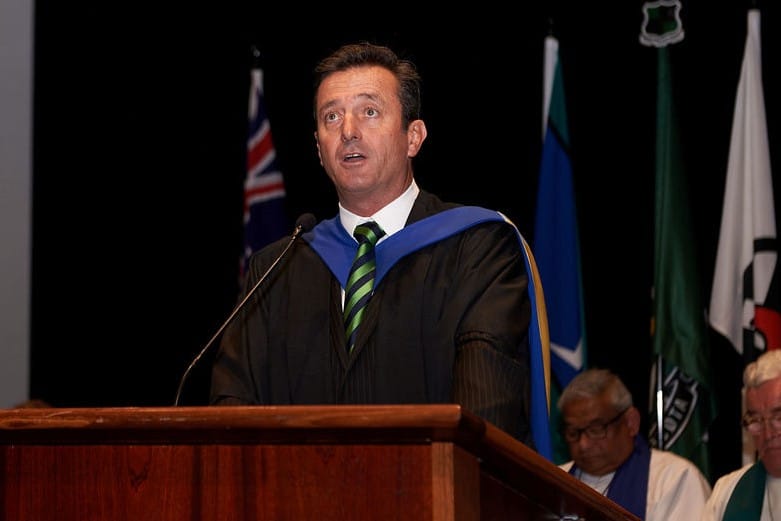 On a personal level, I can reflect on the countless ways Nalin has helped me since I joined the College, giving me insights into the, culture, the religious traditions of the College, the Uniting Church and the way we do things around here. The whole time he worked tirelessly to help me be the best I could be.

What most people don’t know is how sick our Rev became over the summer of 2018. He played it down to avoid concerning us, but his inner circle of family and colleagues knew that he had spent much of the summer holiday in intensive care, receiving blood transfusions, struck down by a mystery illness that could easily have been fatal.

By January, Nalin had returned to Wesley – despite a chorus of concerned pleas for him to rest, but he was motivated by a desire to be by my side, leading the Commissioning Service.

I will always remember that day fondly and be grateful for his support.

In preparing for this speech, I asked some of the students what they will miss about Rev. All mentioned him just being there. His presence assuring us that everything will be okay, and connecting us to the College and the Uniting Church.

Nalin is a touchpoint. Just a simple ‘how are you?’ from him has power, because you know he genuinely cares about the answer.

But now it’s time for us to think less about how we are and more about how he is.

We know how we are, we’re sad to be losing a great leader from our campus. Nalin, however, has more than earned a chance to rest, to take a break and embark on his next great adventure.

I know he has always been guided by the call of God, but the last six months of last year he was conflicted. His head loved Wesley, he loved what he did here but his heart was being called by God to the next chapter. Not an easy thing, but following the voice of God has always worked well for him, so I know God’s direction will become clear in the next months and he will continue to do God’s work.

Rev, you know you depart Wesley with the full admiration and respect of the whole community. Even more importantly, Wesley is a better place for you passing through. In the end there can be no higher accolade than that.

I can think of no better words to describe Rev and his time at Wesley than to use the words attributed to John Wesley himself:

Do all the good you can

By all the means you can

In all the ways you can

In all the places you can

At all the times you can

To all the people you can

As long as ever you can

You have lived these words Rev. Go well and Godspeed, you will be missed.