Mr Brent Stewart (74–78) made his name as the entrepreneur who founded Market Equity, one of Australia’s largest privately-owned marketing services business. Now leading Waveride Capital, his start-up company which focuses on accelerating growth in new and exciting businesses, Mr Stewart has always had an eye for opportunity.

Mr Stewart’s memories of his early childhood are a small collection of mental snapshots, characterised by moving countries and disruption.

At age 12, he had already attended 13 schools, including a year entirely without school before enrolling at Wesley.

When Mr Stewart was just nine years old, he took a job sweeping floors after school on a construction site in England. To this day, he recalls this experience as the ‘defining moment’ in his decision to pursue a lifelong career in business.

‘During the middle of my shift, the owner of the development would rock up in a Rolls Royce,’ Mr Stewart said. ‘He’d talk to a couple of people, jump in the car, and he’d go off again. I knew I wanted to be that guy and not the one at the end of the broom.’

After moving back home and graduating from Wesley in 1978, Mr Stewart studied a Bachelor of Psychology at the University of Western Australia. While studying, Mr Stewart drew inspiration from his passion for surfing to set up the first surf school in Western Australia. Although Mr Stewart’s long-term vision was to pursue marketing, he credits the tools learned through the business in enabling him to establish his subsequent ventures. 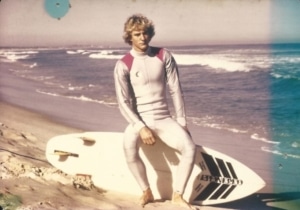 ‘It’s great to learn the war stories from others first,’ he said. ‘I’d strongly recommend people look for a mentor.’

Mr Stewart now lives in Trigg, watching people learn to surf using the same methods he invented 30 years prior when founding his own surf schools. For him, building a business from scratch is an incredibly rewarding experience which often drives him to solve the next challenge.

Mr Stewart’s next venture was Market Equity. Launched in a simple home office with one employee, he grew the business to a large market research company, spanning an impressive Australian-New Zealand footprint. From the beginning, he followed an extensive 14-point business plan, which he likens to Mr Jeff Bezos’s 14-point philosophy. He said creating this plan, by talking to prospective customers and his mentors, helped him during the period where cash flow often kills small start-ups. 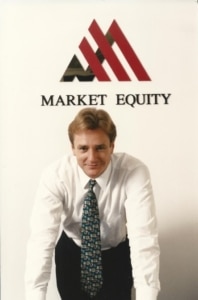 ‘When you’ve got a clean slate with no clients, you quickly learn the importance of getting revenues fast,’ Mr Stewart said.

After 13 years at Market Equity, he sold the business to Synovate for a reported $28 million in 2005. ‘You’re living and breathing your company 24-7.’ This reflection was a key factor in Mr Stewart’s decision to seek a buyer for the company and adopt a better work/life balance with his wife and young family. He continued with the Synovate business as the CEO of Global Business Planning. Leading 6,000 employees across 120 offices and 64 countries, his skills enabled the company to grow to produce a turnover of US$1 billion annually.

In his current role, Mr Stewart is the Non-Executive Director of some of Western Australia’s most prominent companies, including HBF Health, Argonaut and Paragon Care. He is also the Executive Chairman of Waveride Capital, which he describes as the ‘vehicle’ he uses to invest in emerging innovation and technology companies. Despite his success in business, Mr Stewart says his family are what he is most proud of, thrilled at their developing interest in entrepreneurship.

‘My eldest daughter invested in Afterpay earlier this year,’ Mr Stewart said. ‘She absolutely loves that service and uses it all the time, so why not invest!’

‘That’s the entrepreneurial lens,’ he explains. ‘Everyone has the potential to be an entrepreneur.’

One trait of a serial entrepreneur is always looking for an easier way to solve challenges in people’s lives. So, what advice does Mr Stewart have for aspiring entrepreneurs?

‘Read and talk to successful entrepreneurs,’ he said, looking toward the sweeping rugged coastline from his beachfront residence. ‘You’ve got to be willing to dive off the cliff. Some people can and some people can’t.’

Mr Stewart’s graduation statement from Assistant Headmaster, Mr D.P. Carter, described him as a proven leader, who was trustworthy and someone who ‘should be proud of his school achievements’.

Decades after leaving Wesley, it is fair to say there is much of which he should be proud. ‘It’s been a fantastic journey,’ he said smiling. 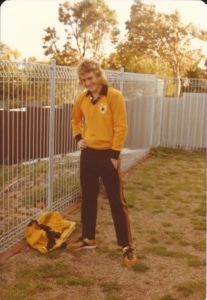 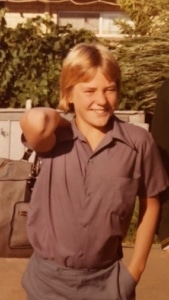 Brent Stewart during his school years and playing rugby for Western Australia.

Prior to joining Wesley as Head of Sport, Mr Luke Dwyer was with the West Coast Eagles, first as a Midfield Development Coach and most recently as the Head Coach of their women’s team. Luke sat down with us to chat all things Sport for our latest Spotlight.

The Mildred Manning Science Centre officially opened in August 2017, following extraordinary support from the Wesley community. After four years of use, how has this innovative space impacted students?