Wesley College Chaplain,  Rev Nalin Perera, believes this is an Easter like never before – or is it? Read his Easter article below.

It is Palm Sunday as I sit at my keyboard, trying to make sense of a world I am seeing. The world as I have never seen it before.

Palm Sunday is the prelude to what is known as Holy Week, leading up to Easter. It is all about crowds, as it was on that first occasion when Jesus was welcomed into Jerusalem, not as a conquering hero, but as one who came to set not only his own, but all people free.

However, today, even in Jerusalem, there are no crowds anywhere to be seen. It is not allowed! Like the frightened disciples following Jesus’ crucifixion, we are all hidden away in our homes, not permitted to touch, scared to reach out.

Yet it is not all that long ago the MCG in Melbourne was full to near-capacity with over 86,000 people for the Women’s T20 World Cup Final, all cheering madly for something they had never witnessed before. It was heady stuff as the victor’s cup was raised. However, in an instant the crowds evaporated, the vision dimmed, the dream was crushed.

These are indeed strange times in which we live. Through being forced to live in increasing isolation many are discovering new ways of communicating with each other. Even in the political arena that sometimes descends into sad pantomime, political combatants are suddenly becoming collaborative colleagues, in order to arrive at solutions for the greater good, as literally millions of our fellow Australians struggle to find meaning in the future.

Strange times indeed! But – in so many remarkable ways – everywhere one cares to look there are random acts of kindness. Making contact with people we have lost touch with; looking out for those who have suddenly had their world turned upside down; shopping for food for those too vulnerable to venture out into a seemingly hostile world.

The present pandemic and response to it has been described in terms of a war zone. Yet there is an absence of weapons of war, just a silent deadly unknown. I heard one medical expert say this is a virus the human body has never seen before. From a sense of seeming invincibility, suddenly we are all feeling vulnerable, uncertain, insecure, literally living in fear of potentially losing one’s own life. This is not 2020 as anybody anywhere had planned! 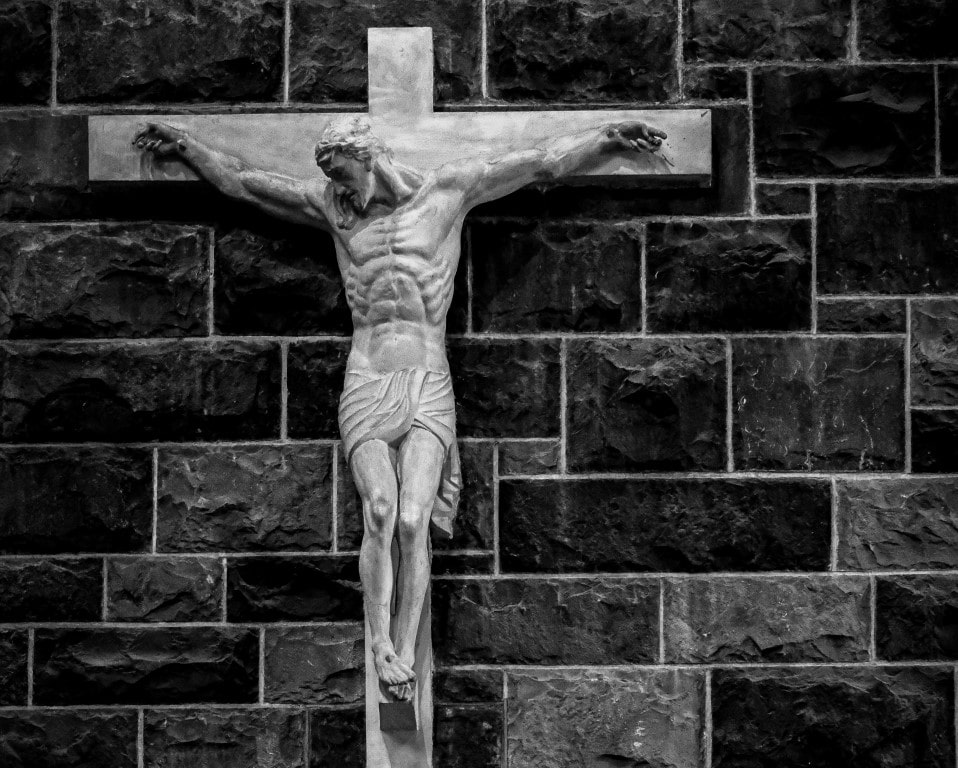 When I try and work out what Easter means to me, I cannot escape from the reality that somehow we have all seen this movie before. The 2020 remake has different characters and the sets are new, but the storyline has not altered. In the original, people were expectant of great change. They had hopes of moving from under the yoke of oppression, to be able to build life anew. There was one whom many believed would help them achieve this.

On that first Palm Sunday, Jesus rode triumphantly into Jerusalem to the roar of a huge crowd. Yet within just a few days, that same crowd was crying out “Crucify! Crucify!”. They got their way. The few remaining followers hid away in fear and denial. As is now, there was no funeral, just a body secreted away in a tomb, hidden from view.

These days there is not a mob calling for scapegoats, just a million armchair experts on the Worldwide Web. The invective is still the same. Looking for someone to blame, hoping beyond hope, that all this nightmare is just a rather tragic dream.

Retreating from one scandal too many, much of the church has also chosen to hide away. It was once unthinkable that churches and other places of worship would be compulsorily closed, yet it has come to pass, with barely a whimper of complaint.

However, out of this seeming darkness, the hidden faithful are daring to come out into the open, using new ways of communicating that they have never tried before. I know of one congregation that normally has 60 worshippers, yet in the absence of a physical congregation, their live-streaming solution has grown to over 1,000 worshippers in just a week.

Many who have never bothered with church, or gave up years ago, are increasingly looking and searching for meaning – for life after the chaos, for hope in the midst of seeming hopelessness. For me, that hope is, and has always been, in the saving power of Jesus, whom I believe brings new life, even in the midst of death.

It is my prayer that Easter 2020 will be as it was at the beginning, where those who were so afraid, dared to believe that death of the certainties they had known, could give way to new life as never before experienced. That is what is at the core of the Message of Easter.

Let this prayer be one that speaks not only of our community here at Wesley, but wherever we may be:

Wesley College has been named as one of Australia’s Most Innovative Schools, for the third time. How it started and how it’s going… 100 years ago this week the first stones were laid in the building of Wesley College. Now, a century later, we’re proud to announce that – today – we have been presented…